You are here:
Home / Blog / Whatever / Design And Tech Podcasts I Enjoy

About a year and a half ago I started listening to podcasts regularly. I’d listened to them before, but around that time I integrated them into my weekly routine. There are now quite a few I listen to regularly or semi-regularly and I thought I’d share.

Recently Chris Coyier shared which podcasts he listened to. There’s a fair amount of overlap between his and my listening habits, but quite a few here weren’t on Chris’ list. 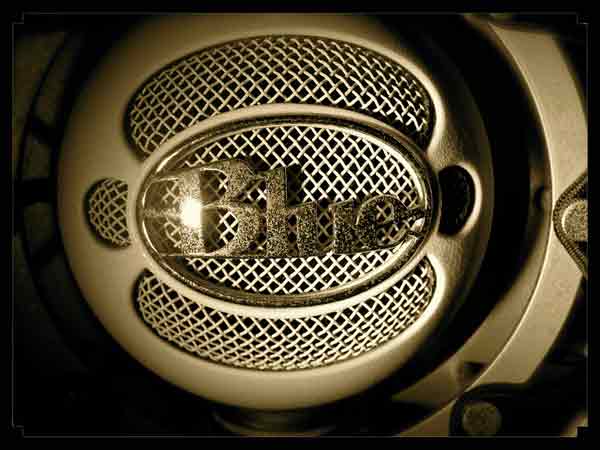 Design Podcasts I Listen To Regularly

Design Matters with Debbie Millman is possibly my favorite design podcast. Debbie is the president of AIGA and on the faculty at the School of Visual Arts. She’s also written a lot of books about design and designers.

The show focuses on a new guest each episode and walks through his or her career. It’s one of the more professionally done shows on this list and I always learn something new and interesting.

Boagworld is the long running podcast of Paul Boag who’s probably familiar to many of you. Paul is one of the more entertaining and insightful podcasters and bloggers and often has a unique perspective.

Recent seasons of the show have focused on a single topic over several episodes, which I find to be an interesting format.

Donald and Lisa host Type Radio where they interview designers, mainly typographers. I don’t think there’s a set schedule to this podcast.

One of the things I really like about the show is the variety of different guests. Most are people I hadn’t known before their appearance, though each has an interesting story and perspective on the world of design.

The Sitepoint podcast is another long running show. Sometimes there’s a guest, sometimes not. The co-hosts are regular, though they vary according to their schedule. The show often focuses on current topics in the world of design and development. 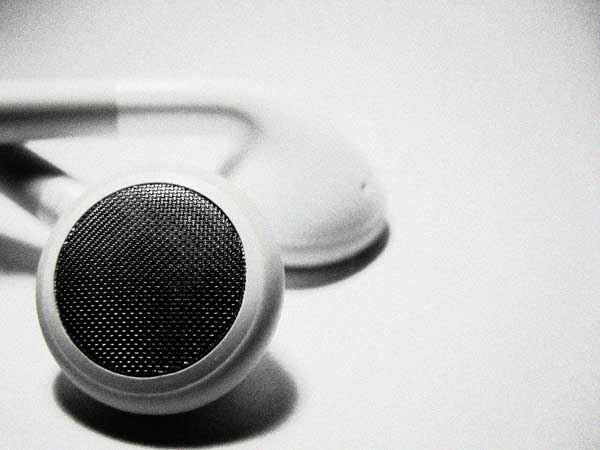 Chris Coyier and Dave Rupert host Shop Talk. I’m sure you’re familiar with Chris and Dave is the lead developer for Paravel.

The show includes guests from the industry you likely know and after a bit of introduction to the guest, the show jumps into a Q&A from audience submitted questions. One of the things that clearly comes through in this show is how much fun everyone is having.

Both shows get some big name guests and both hosts do a great job interviewing them.

Jeffrey Zeldman hosts The Big Web Show on the 5by5 network of podcasts. Given the host, the show gets whatever guest it wants. It hasn’t been on a regular schedule recently, but it’s always a show I look forward to when there’s a new episode.

Jen Simmons hosts The Web Ahead, which is also on the 5by5 network. It’s among my 2 or 3 favorite shows on this list. The guests are eerily timely with what I’m writing about and learning. Jen does a great job with the interviews and always has a considerable amount of her own to add to each topic.

Pagebreak is hosted by Liz Andrade and Niki Brown who each take turns choosing a relevant book to discuss. The show isn’t simply a book review though, as the books are mainly a jumping off point for a more general discussion. 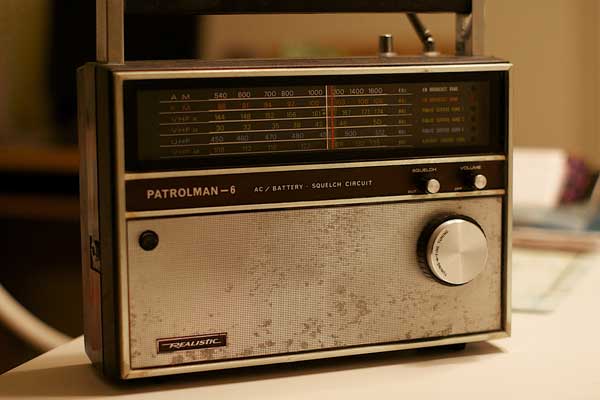 Non-Design Podcasts I Listen To Regularly

Copyblogger Radio (Internet Marketing for Smart People) is, as you’d guess, from the folks at CopyBlogger. Robert Bruce is the host, though Brian, Sonia and others in the supporting cast of CopyBlogger make regular appearances.

The show is focused on the same things CopyBlogger is focused on. In other words marketing and specifically content marketing. Lots of great information about internet marketing, and copywriting, and building a business online.

The talk show is John Gruber talking about whatever John Gruber wants to talk about. Usually that’s the world of tech, specifically Apple, but it really could be anything. This show used to be part of the 5by5 network and more than any was probably the show that started my regular listening habits.

In it’s current format, each episode features a different guest host, typically names from the world of Apple blogging or development. John is generally interesting and insightful to listen to, especially where Apple is concerned.

The Verge is a technology and culture blog started by some of the writers who helped make Engadget popular. The Vergecast is the weekly podcast with hosts Joshua Topolsky, Nilay Patel, and Paul Miller who talk about the week in tech. If you enjoy news about Apple, and Google, and Microsoft, etc. you’ll likely enjoy this podcast. 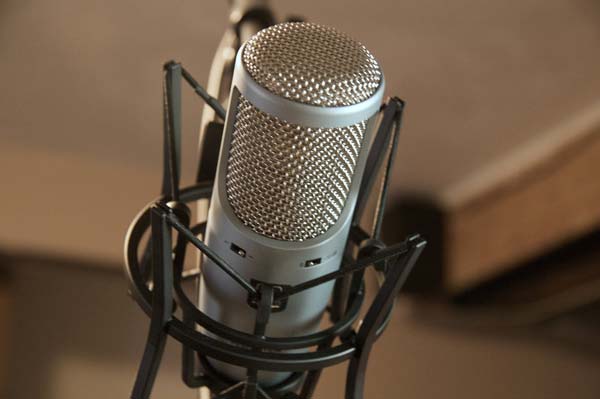 John Siracusa might just be king of the tech geeks. No detail goes unnoticed on Hypercritical, which is John’s show where he rants and rants and rants about whatever tech topic is on his mind. His rants are both entertaining and informative.

Dan Benjamin, the man behind the 5by5 network is co-host and is mainly there to occasionally bring John back. If you want to learn the ins and outs of tech minutiae, this is the show for you.

If you use Instapaper you’re familiar with Marco Arment, the host of Build and Analyze. Dan Benjamin is again co-host. Apple and iOS are central topics of the show. So is coffee. Marco loves his coffee. There’s more of a back and forth here than there is with Hypercritical. It’s another great show in the stable of shows at 5by5.

Speaking of 5by5, you can’t go wrong with any of the shows. there. I’ve listed 4 of them here, 5 if you count The Talk Show, but I’ve probably listened to every show on the network at least once. The only reason I don’t listen to more regularly is I don’t have enough time to listen to them all.

Dan knows how to put together a podcast and the hosts are experts at what they talk about. There is a focus on Apple across many of the shows, but even if you aren’t an Apple fan you can easily find a couple or more shows here you’ll enjoy. 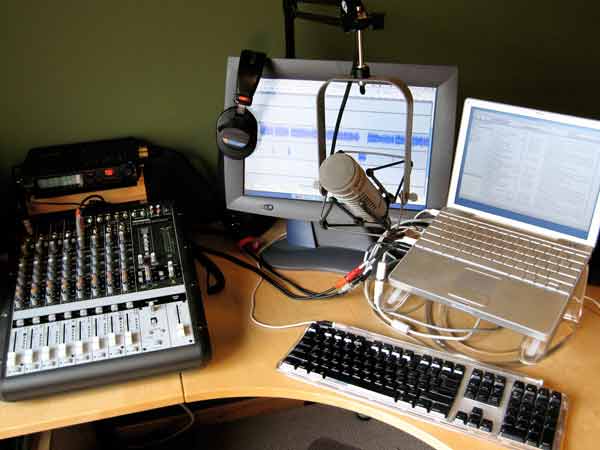 And Now For Something Completely Different

These last two shows aren’t podcasts, but I highly recommend both.

Ze Frank is recently back and his show is one of the most entertaining and insightful things you’ll find online. I don’t think there’s any kind of regular schedule so just subscribe to the blog to get the shows. Ze puts out short (5 minute) videos that are…well…unique. Every one leaves you wishing it lasted longer.

Wil Wheaton (yes that Wil Wheaton) is, in addition to an actor, a writer and internet geek. I forget when I first came across some of his writing online, but he’s fun to follow. What I’m recommending here is Tabletop, a weekly show where Wil gets together with friends to play board games. These aren’t your typical Monopoly kind of board games, though.

Recent games included Castle Panic where players work together to prevent trolls from destroying the castle, and Gloom, where the object of the game is to be the most miserable player. These are not your ordinary board games, but they are fun as is the show. After watching a few episodes I want to start playing board games again, something I haven’t done in a long time.

I’m sure I’ve missed some great podcasts. If there are any you recommend, please share.