You are here:
Home / Blog / Whatever / Happy Thanksgiving!

Every year on the day before Thanksgiving my mom, my brother, and myself trek into Manhattan for the day. We take in some exhibits at the museums, walk through the city, eat at out favorite pizza place, and catch the floats for the Macy’s Thanksgiving Day Parade being inflated. You’ve likely seen the parade and the floats at one time or another, but I thought you’d like to see the view behind the scenes before everyone is ready for the march down Central Park West. 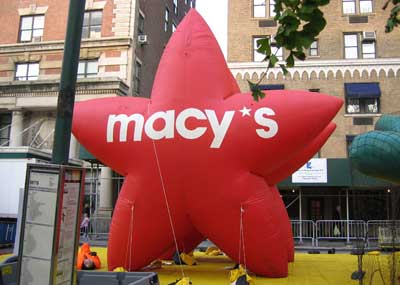 Before the floats are filled with helium to rise above the parade they start out life looking pretty flat. Here’s Mr Potato Head looking very unpotatohead like. 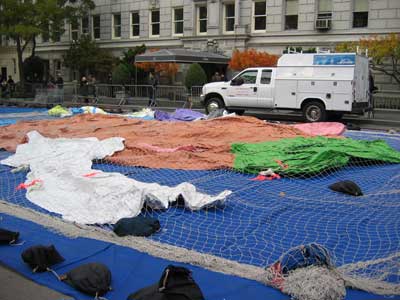 I’m not quite sure who this float is supposed to be, but you can see some of the helium tanks in the background. That’s a lot of helium. Imagine what your voice would sound like if you inhaled it all. 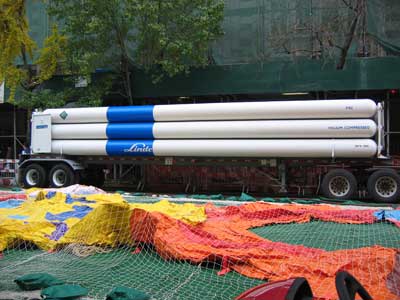 The MO for Dora the Explorer is helping others. Here she could use a little help of her own as her head is comfortably inflated, but the rest of her, including her backpack is still a little flat. 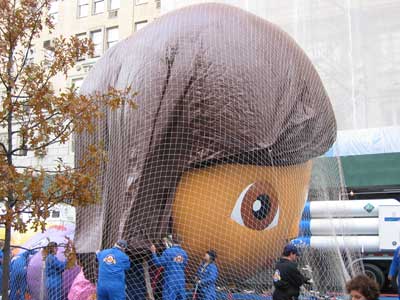 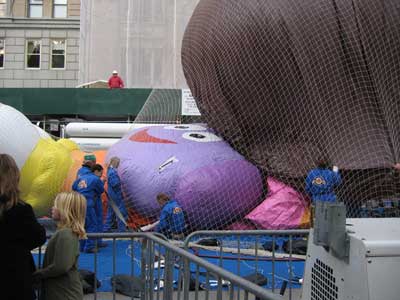 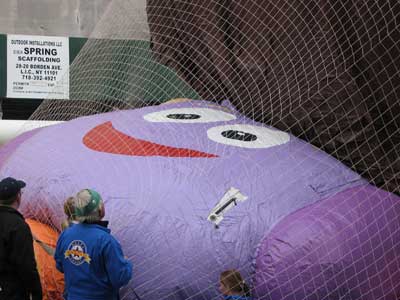 Shortly after we arrived the crews were trying to erect the Energizer Bunny. Methinks his batteries were running a little low as moments later the bunny began to deflate, eventually laying on the ground showing no sign of that famous energizer energy. The bunny clearly isn’t always going and going. You can’t really blame the bunny, though. After all the years being on the go he could use a nap. Or is this an indication we all switch to using Duracell? 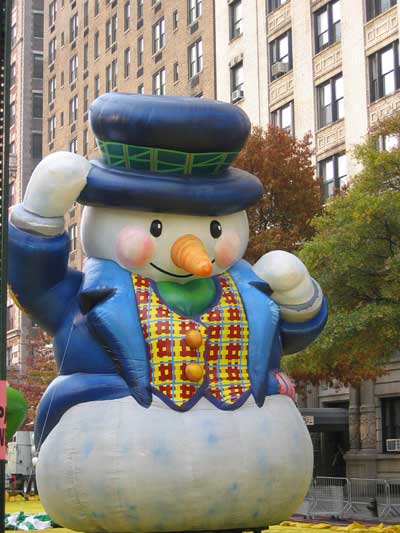 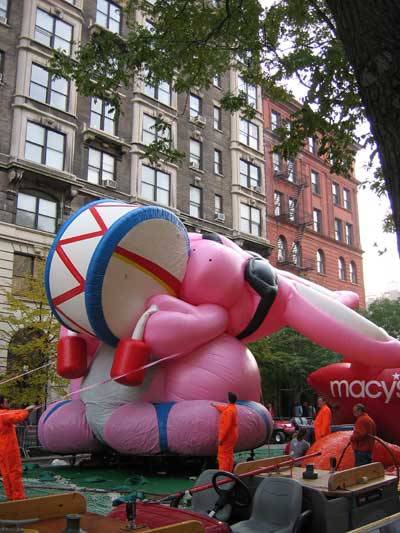 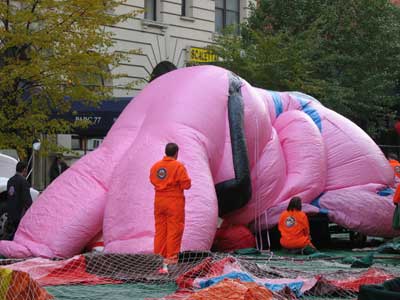 The floats inevitably manage to get their needed helium. Frosty the Snowman, Kermit the Frog, and Ronald McDonald were all filled and raring to go. I hope Ronald doesn’t get a parking ticket. I think he might be in a tow away zone. 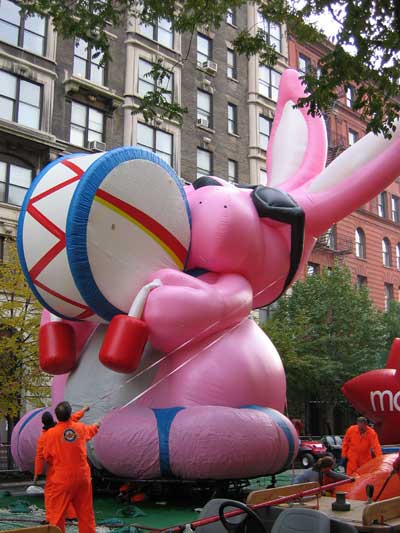 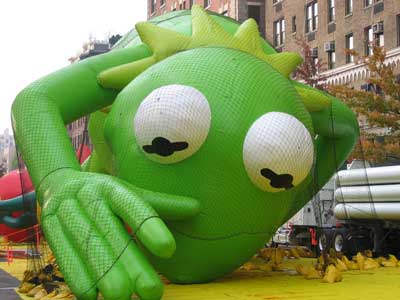 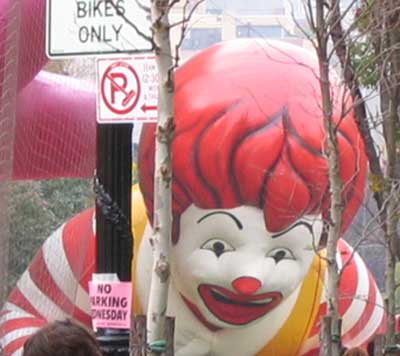 I only caught the backside of Scooby Doo, but I could swear I heard Shaggy opening up a scooby snack. 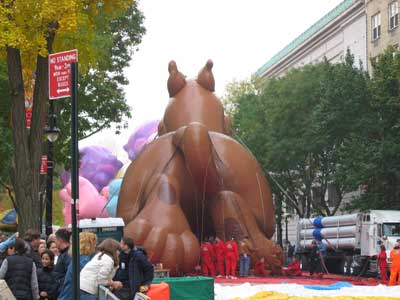 My favorite float was Shrek. Shrek was completely inflated and waiting for the festivities. If you never thought about it have a look at all the sandbags needed to keep the floats in place. 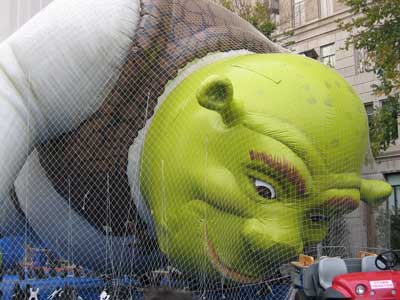 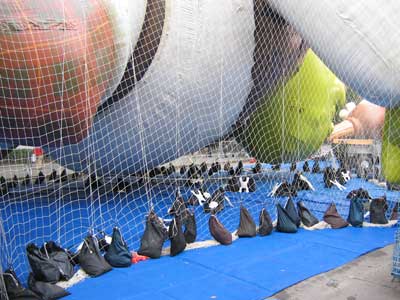 I hope you enjoyed the pre parade view of the floats. If you’re ever in Manhattan the day before Thanksgiving walk on up to 79th and Columbus and join the people watching the floats being inflated. It’s a fun time and will put you in the mood for the parade and the general feasting and thanks that is Thanksgiving.

And just to toss in a little business thought, keep in mind all that goes into having a successful event. It takes, planning, preparation and hard work to turn an idea into a successful event, website, or business. Those floats don’t simply appear all on their own. A lot of people and helium are needed too.

Happy Thanksgiving to everyone in the U.S. Happy Thursday to everyone outside the states. Time for me to get ready to eat a little too much turkey, sides, and pie.