You are here:
Home / Blog / Web Design / Why You Need Design

Last week Paul Scrivens (aka. Scrivs of Drawar fame) posted We Do Not Need You To Design Anymore, in which he asks if web designers are still needed and what value we add over cheap and generic logos and themes.

I think Paul’s main reason for writing the post is to get web designers to think about the question so we can provide reasons why we are still needed and valuable and that’s where this post comes in.

First a quote from Paul’s article that I think sums up best what the article is about.

We know that award winning design doesn’t make or break a website because a website is so much more than that. As long as the content is there and the site does exactly what the user is looking for, the aesthetics of the site could be the 87th most important thing to focus on. So this is why I ask the question are web designers really needed anymore?

There are a number of ways the above quote misses the point when it comes to what design is and what the value of design is. 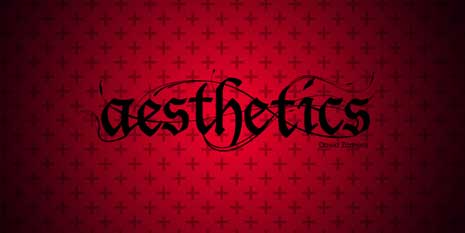 Design is More Than Aesthetics

The first thing wrong with Paul’s post is it seems to indicate that design is aesthetics and nothing more. Now I know Paul knows different and he’s said so many times.

Still there it is in his post as a reason why you don’t need design. Aesthetics are one aspect of design and one that quite honestly adds more value than most want to give it credit for. I’ll get back to this point later in the post. For now here’s a definition of design.

Design transitive verb – to create, fashion, execute, or construct according to plan

Design is a plan to solve a problem. If you make a decision to do something prior to doing that something, design was involved. Many, many decisions go into the design of a website that have nothing to do with aesthetics. Where to place the navigation, how will calls-to-action stand out, how to arrange elements on the page so they best communicate the message the page wants to convey.

For the last couple of weeks I’ve writing about information architecture.

Anyone who tries to equate design and aesthetics as one and the same simply has no understanding of what design is.

Paul is right in regards to people ignoring a lack of beauty in a site if the content is what they want, however to say that means no design is necessary doesn’t follow from that. Before someone can determine if the content on a site is worth reading, they need to find that content, that content needs to be legible and readable, the site as a whole needs to be usable, all of which fall under the domain of design. 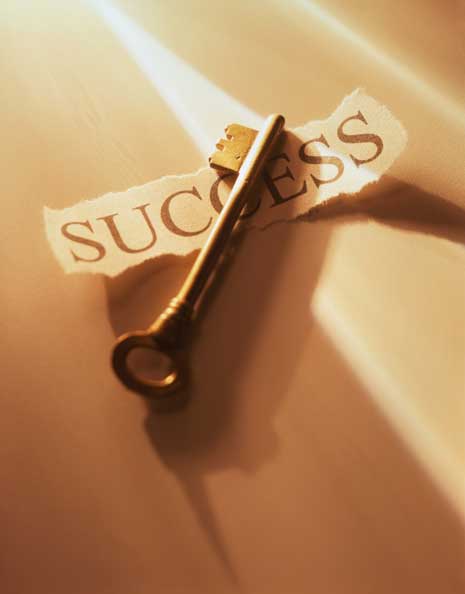 Nothing is Necessary for Success

I realize the title of this post says you need design. The truth is very little in life or business is absolutely necessary. A lot of different things go into business success. No single one of them is necessary.

With all the aspects that go into success you can get some of them horribly wrong and still succeed because you’ve done some other things so well. If your content is so good, then yes people will work through a bad design to get to it. Will all people put in the effort? Probably not.

Craig’s List is often cited as an example of a site that’s done very well despite a lack of design. A few things to keep in mind about Craig’s List. When the site was first launched, web design in general wasn’t all that great. Think about what the web looked like 10 years ago. Craig’s List might stand out as a site that isn’t designed now, but when it launched it wouldn’t have stood out as much.

More importantly when it started there was no other site like it. It was a remarkable site, really the only one of it’s kind. It’s content was so good because there wasn’t anything else like it online. Craig’s List filled a vacuum.

Does your site have content that good in a market with no competition? How many sites have managed to mimic Craig’s List and its perceived lack of design and become as successful?

I’d also argue there’s more to the design of Craig’s List than first appears. What is the site? It’s a list of classified ads moved from the newspaper to the web. In the paper those ads were long lists under different category headings that spanned several pages.

When moving to the web it made sense to maintain that paradigm. It was well understood and being little more than a list of links to classified ads made Craig’s List instantly understandable.

As much as people have criticized Craig’s List for a lack of design over the years, I’d argue it has a much better design than people give it credit for. The site is easy and intuitive to use and understand. It isn’t pretty, but then again design is more than aesthetics. 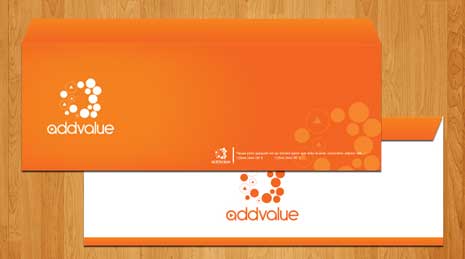 The Value of Design

Over the summer 37 Signals redesigned the Basecamp home page to see if they could improve it. Once the new design was complete they ran an A/B test against the existing design to see which generated more clicks to the signup page. The new design resulted in 14% more click throughs.

This past winter Conversion Rate Experts optimized a landing page and increased subscriptions to SEOmoz by 52%, resulting in an additional $1 million in revenue over a 4 month period.

The above are hardly isolated incidents. Here are 21 case studies in conversion rate optimization and a quote from the post.

From conversion perspective, design of a website is the most important aspect amongst all variables involved.

Design matters. 37 Signals was doing fine as was SEOmoz before redesigning. Both sites were successful. Both sites also saw significant improvements through design changes.

The reason you need design is because you want to make your site and business better.

Each of the articles below offers some additional thoughts on the value of design. 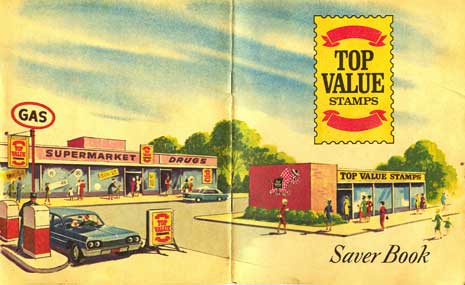 How Do Clients View the Value of Design?

A couple months ago I asked is design a commodity? and within the post asked if clients and users valued design. Some do. Most probably don’t.

Unfortunately many outside (and some inside) the design community equate design with aesthetics and see them as one and the same. Many small businesses tell themselves they don’t need to spend a lot of money for a pretty site. Those who feel this way will hire the cheapest designer or buy the cheapest theme. They don’t see the value in design.

Fortunately there are plenty of businesses that do see the value. The October 2010 issue of Fast Company is their Masters of Design issue. The featured article Making Over McDonald’s focuses on McDesigner Denis Weil and the company’s $2.4 billion commitment to redesigning the franchise.

The company’s European and Asia-Pacific regions have already seen success with the new styles: Second-quarter sales in Europe, for example, were up 5.2% year over year, an uptick the company credits in large part to revamped stores. Over the past two years, Weil has tested modern renovations throughout the United States, in such varied locales as Manhattan, Los Angeles, and Kearney, Missouri. In July, the company reported a 6% to 7% sales jump at U.S. stores that had been redesigned. Weil adds that when McDonald’s puts enough refurbished stores in a market, customers alter their perception of the brand: The new look even makes them more likely to try new menu items.

McDonald’s is seeing success with redesigned restaurants. Granted McDonald’s is wee bit larger than the typical small business a freelance web designer calls client, but the point is some companies, both large and small, do see the value in design.

Providing potential clients with A/B and multivariate testing and offering them case studies of how design changes resulted in an improved bottom line will help more of them see design’s value.

And Yes Aesthetics do Matter

Early in this post I tried to make the point that design is much more than aesthetics and that those who see them as the same are missing the point about what design is. Still aesthetics do matter.

In 2006 researchers at Carleton University in Ottawa conducted studies to discover how quickly people form opinions about web pages. Their conclusion is in the title of their research paper, Attention Designers: You have 50 milliseconds to make a good first impression! (PDF).

WebsiteOptimization.com summarized some of the findings of the paper in their post First Impressions Count in Website Design.

Think about it. 50 ms, 1/20th of a second. How much can you take in in such a short amount of time? It’s certainly not enough time to read any content. In 50 ms all you can take in is a quick visual of the aesthetics of a site. In 50 ms and with nothing more than aesthetics people are making value judgements about your website and consequently your business.

An aesthetically pleasing site can make or break your site by creating the frame in which everything else is perceived. Your aesthetics create a context for your content and they help define the experience of your audience. 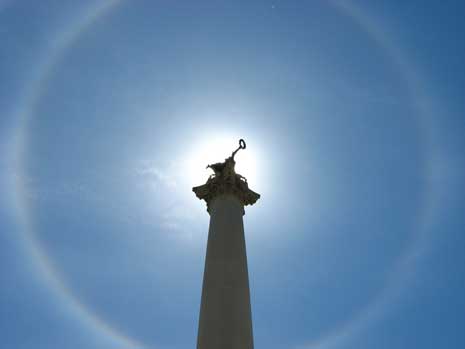 From the Carleton University study:

…the strong impact of the visual appeal of the site seemed to draw attention away from usability problems. This suggests that aesthetics, or visual appeal, factors may be detected first and that these could influence how users judge subsequent experience…. Hence, even if a website is highly usable and provides very useful information presented in a logical arrangement, this may fail to impress a user whose first impression of the site was negative.

Aesthetics matter and they may matter a lot. They may matter to the point where they can make or break the success of your site. People find things to be more usable when those things are more aesthetically pleasing. From the A List Apart article, In Defense of Eye Candy:

Researchers in Japan setup two ATMs, “identical in function, the number of buttons, and how they worked.” The only difference was that one machine’s buttons and screens were arranged more attractively than the other. In both Japan and Israel (where this study was repeated) researchers observed that subjects encountered fewer difficulties with the more attractive machine. The attractive machine actually worked better. 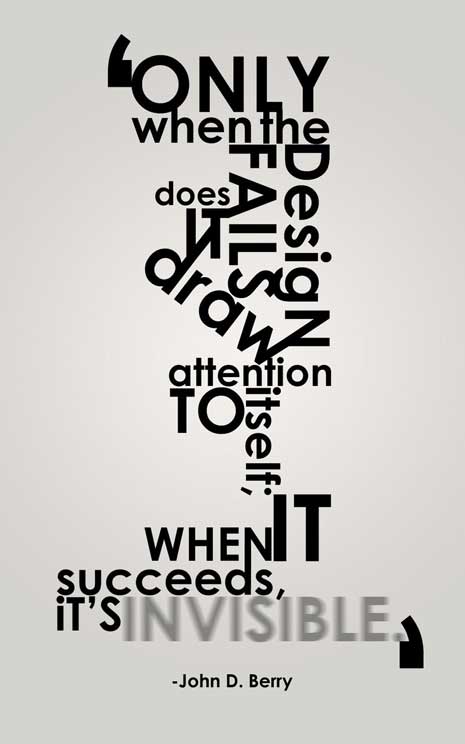 Design matters and you do need it. Yes you can succeed in spite of poor or even no design, but a good design can and will improve your success. No matter what the current state of your site a better design will improve that current state.

Need is perhaps too strong a word, since you can always overcome doing something poorly by doing other things very well. That doesn’t mean you should ignore design. Success isn’t about any one thing. It’s about doing as many things right as possible, design being one.

Consider how sites like 37 Signals and SEOmoz saw significant improvements in their bottom line through changes in design. A free theme won’t improve itself. Neither will a $99 logo.

Both might be perfectly fine and acceptable when starting out as they allow you to focus on other aspects of your business, but neither negates how design can improve your business.