You are here:
Home / Blog / Web Design / Why Responsive Design?

Responsive design has grown from an idea and a buzzword to a new approach to designing websites. As it’s gained attention, challenges in building responsive sites have emerged, solutions to some of those problems have been proposed, and patterns for how designs adapt have been observed. 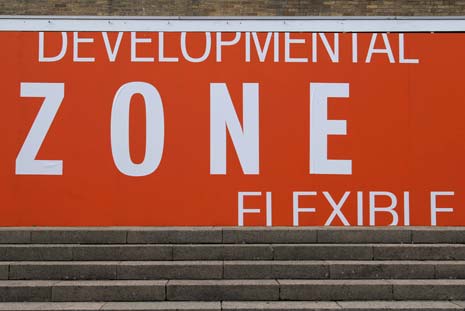 If we look at the last 4 calendar years (including this one) through the lens of responsive design it might look something like this.

The industry is far from solving all the issues. For some, new technology in the form of html tags would help. These are being proposed and considered. For others, it’s a matter of best practices continuing to emerge. We’d like new tools to work with, more capable browsers, and more responsive sites under our belts as well.

They served as an introduction for 2011. As the industry is getting more specific, I’d like to do the same. Toward that end I want to start another series of posts about responsive design that digs a little deeper. This post is the introduction and a little further down I’ll fill you in on what I’d like to cover in the series. 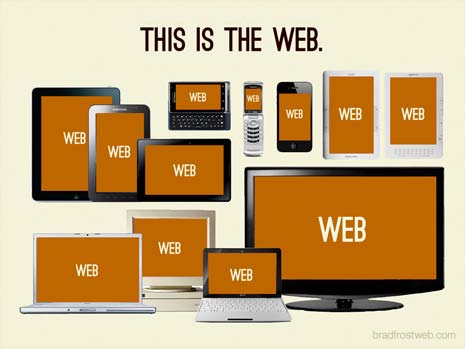 Hopefully I’m preaching to the choir, but I realize not everyone is on board with responsive design just yet. It’s really not that hard to answer the question why responsive design, though.

Take a look at the images above and below (created by Brad Frost) showing what the web is and what it will be. You might look at the image above and think it’s manageable. There aren’t that many types of devices after all. Of course, the image doesn’t show every conceivable device in those few types.

Now consider the image below with all the question marks. There are cars, refrigerators, and printers, in addition to the desktops, laptops, tablets, and smatphones we use now. Then there are the question marks for all the devices that haven’t yet been created.

There will be times when it makes sense for a site to craft a design specifically for a single device. The ideas behind responsive design don’t suggest you never build a targeted mobile site. What they suggest is that it’s unrealistic to build a different site for every conceivable device used to access your content.

Your site might be a recipe site and as such it might make sense to design something specifically for a refrigerator display. However that same site wouldn’t need a unique design for a car or printer. The majority of devices used to access your site are inevitably going to see a single design. That design needs to be able to adapt as well as possible to all those devices and device characteristics.

That’s the point of responsive design. Your site is going to be viewed under a lot of different conditions that you can’t anticipate. Therefore it makes sense to design a site that can adapt so it stands the best chance of working well across all those devices. 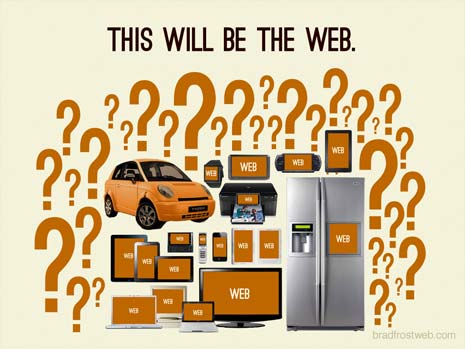 As I’m writing this introduction, I’m not exactly sure where the series will go and it’s possible some of the posts will raise more questions than they answer. The tentative plan is something like the following.

That’s the plan, though again it’s a tentative plan. It’s possible, even likely, I’ll change course some as I work my way through all these topics. That’s only fitting with a series about responsive design. The whole point is to adapt and respond after all.

Hopefully by the time I finish this series I’ll have highlighted some of the responsive patterns and solutions that are working and some of the problems still in need of solutions. In just a few months the industry has made significant progress with the details of responsive design.

In that same time I’ve had a chance to develop several responsive sites myself. I’ll do my best to share some of my own experiences throughout each of the posts I’m planning. Certain aspects of responsive design are relatively easy to work with, while others present greater challenges. A lot of it still comes down to new decisions to a different set of questions and a new way of thinking about design.

Next week I’ll dig into layouts and navigation and see what patterns have emerged. We’ll look at how designers are moving around the big blocks of a design and also some of the different patterns people are using to create adaptive navigation.