You are here:
Home / Blog / Web Design / How To Create Designs You Know To Be Good

When you finish a new design what do you usually think of it. Do you like it? Hate it? Do you find your work sometimes disappoints you and makes you question your decision to become a web designer?

If you’re in this last group, fear not. There may be a very good and normal reason why you feel this way and even better a path to be more satisfied with future designs.

Via Daring Fireball I was pointed to this post, which pulls a brief quote from the video below on storytelling by Ira Glass.

While Ira is mainly talking about stories, there’s some great advice for all creatives.

Many people who go into some form of creative work do so in part because they have good taste. You’re able to judge quality in the creative discipline(s) you choose to pursue.

Unfortunately early on there’s a gap between what you know to be good and what your skills allow you to create. When you look at your finished work you know it isn’t good. It tries to be good and has potential to be good, but it’s lacking something that truly makes it good.

What’s happening is your taste and ability to judge quality is ahead of your skills to create quality, which opens a gap leading to disappointment in your own work.

Most all creative people go through years of this gap where taste is more developed than skill. Unfortunately many quit before they reach the point where skills catch up to taste.

The best thing you can do to close the gap is a lot of work. Keep doing more projects. Create as much as you can to gain the experience you need. As you create more work you’ll inevitably close the gap. Your skill will catch up with your taste if you keep at it. 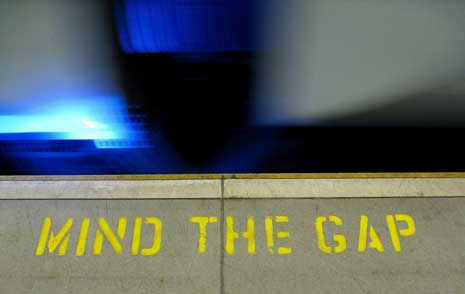 Using the Gap to Improve

The video resonates with me for a couple of reasons. First I know I’m still in the phase where I need to close the gap. It hasn’t been all that long that I’ve been designing websites. I’ve been developing them for awhile, but only designing sites for a few years.

I don’t think I’ve yet to create a design that had the something special I was looking for. I’ve gotten close a few times, but never quite there.

Second I think there’s more to the story. The gap is more than one between taste and skill. It exists between theory and practice.

Both theory and practice are important parts of learning. At any point in our careers we can open the gap by taking in more theory. We learn design principles. We study how to communicate visually to greater effect.

More practice then closes the gap again. Theory expands what you’re capable of achieving and practice actually achieves it.

Practice alone won’t take you past theory. No matter how much you practice you aren’t going to create a gap where skill outstrips knowledge.

To continue improving we need to consistently open and close the gap.

and on and on.

Ideally you’ll always be both learning new theory and practicing the theory you’ve learned so the gaps you ultimately open and close don’t need to be very large. In fact you may never notice them once you’ve reached a certain point.

Opening the gap sets the new baseline you can reach. Closing the gap reaches the baseline.

I haven’t closed the initial gap where my design skills have caught up to the taste I’ve developed throughout life, though I think I’m getting close. I have closed that gap in other creative areas, but not yet where design is concerned.

I’ll continue to close and open the gap between theory and skills as a web designer and hope you will too. 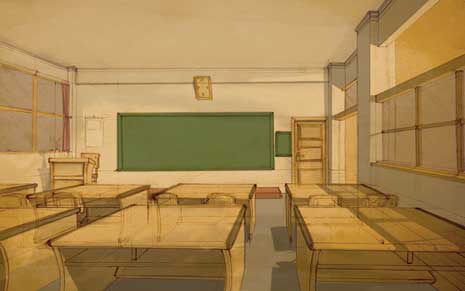 The video at the top of this post is actually part 3 of a 4 part series. All 4 videos are worth watching and each is under 10 minutes. Here are links to all 4 in case you’d like to watch.