You are here:
Home / Blog / Web Design / Thoughts About Redundancy In Web Design

Redundancy is the use of more elements than necessary to maintain system performance in the event that one or more elements fails. It’s probably not a word you think about much when creating a new design, but it’s an important principle of design and one you use all the time, even if you aren’t thinking about it. 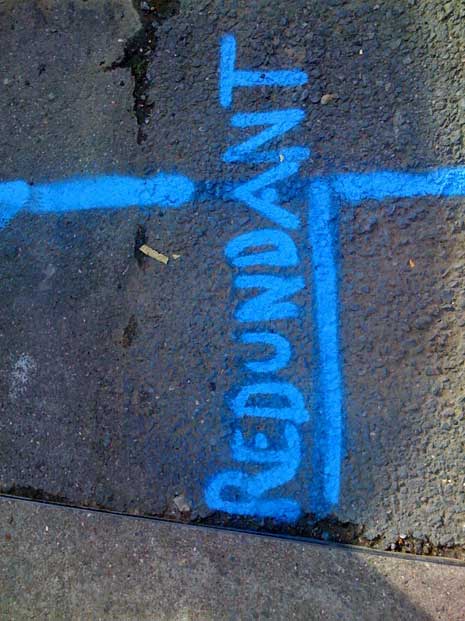 Many modern buildings have an emergency power system that kicks in if the regular power system fails. The more important the work taking place inside the building (say a hospital), the more likely the building will have one or more redundant power sources.

Buildings are also designed in a way where if one structural element fails, the load it was bearing can be spread to to other structural elements, thereby maintaining the overall system and keeping the building standing.

Naturally some systems are more important to maintain than others. Systems that help preserve human life are probably the most important to keep running. Others like the cable signal that runs to your tv, not so much. Where does redundancy fit in web design (.ppt)?

There’s a little more to redundancy than simply saying add more elements. Let’s talk a bit about different kinds of redundancy and where each type should be applied and then let’s talk specifically about web design and where redundancy improves sites and where it hurts sites.

The 4 Types of Redundancy

Redundancy adds elements in order to increase the reliability of the system While redundancy is always about having multiple elements work toward the same goal, there are a few different types of redundancy, each achieved with varying difficulty and appropriateness. 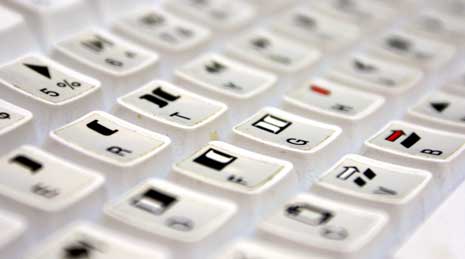 Diverse redundancy is the use of multiple elements of different types. For example using text, audio, and video to communicate the same message. Diverse redundancy is resistant to a single cause of failure. If the audio goes out you can still watch the video (though not listen to it) or read the text.

The message can still get through, even though one element completely failed. We even learn better when presented with several forms of the same information.

However, diverse redundancy can be hard to implement and maintain. You would have to create the text, audio, and video after all and if the message changed you’d need to modify all three as opposed to just one.

Diverse redundancy is best used for critical systems that are important to keep running and where the probable cause of failure is difficult to predict. Each type of element can survive different failure so the likelihood is at least one will survive. 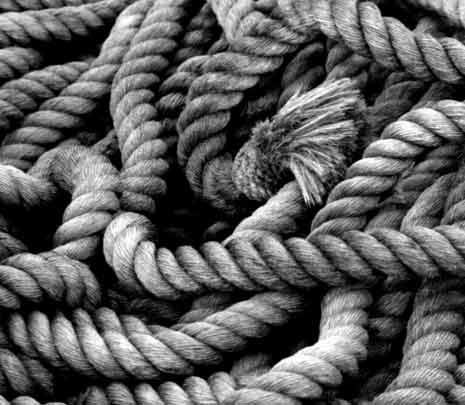 Homogeneous redundancy is the use of multiple elements of a single type. For example the individual strands that make up rope. Any single strand can fail without the rope itself failing.

Unlike diverse redundancy, homogeneous redundancy is easy to implement and maintain. What’s one more strand of rope when we’re already weaving so many others together.

The problem with homogeneous redundancy is that all the elements are susceptible to a single cause of failure. The same sharp edge that cuts one strand of rope can also cut every other strand of rope.

The use of homogeneous redundancy is best when the probable cause of failure is easy to predict. Since we know how an element will fail we can design the system itself not to fail under those conditions or use an element unlikely to fail under the known condition.

Active redundancy is the application of all redundant elements at the all times. Again consider a building and the columns used in support. Each column is always active in carrying some portion of the load, though the building itself would still stand if some of those columns weren’t there.

Active redundancy protects against overall system failure as well as element failure. Since each redundant element is active none are required to do the maximum work they could do. If an element does fail it can usually be repaired or replaced with minimal disruption to the overall system or system performance.

You want to use active redundancy (PDF) when it’s critical that systems maintain a stable performance in the event of element failure or extreme change. 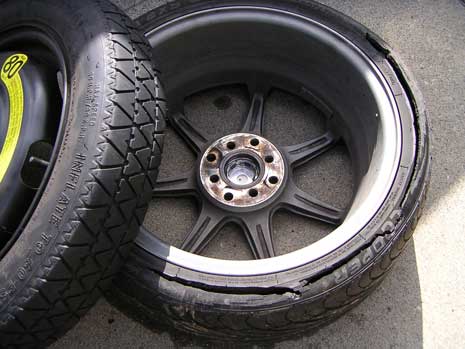 Passive redundancy (also called standby redundancy) is the application of redundant elements only when an active element fails. A spare tire is a good example. It’s there in case one of your other tires fails, but it’s passively sitting in the trunk until needed.

This is the simplest and most common form or redundancy and is used mainly for noncritical elements within the overall system when a performance failure is acceptable. 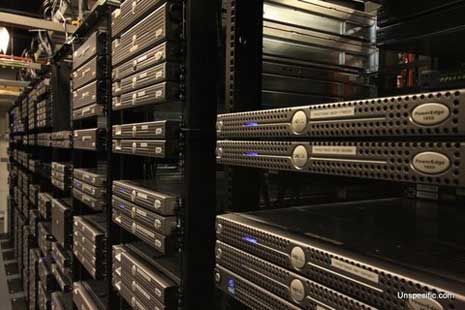 All this talk of critical and noncritical elements is great, but where does web design fit in? No one wants to see their website down, but it’s rarely critical if your site is down for a few minutes. Still uptime is probably the most critical aspect of a website so let’s start there.

Most web hosts have redundancy built in. In fact the more you’re willing to pay the more likely your account will come with more redundant systems. Your site might be housed on multiple servers with or without load balancing. The data center most likely has redundant power sources. You or the host should be making regular backups of the site.

All of the above are redundant elements to ensure your site the maximum uptime.

We might look at the idea of caching as a redundant system as well. We’ll serve a cached page, essentially a duplicate of the page displayed after querying the database, to help the server withstand the stress of many visits over a short period of time and for improved system performance in general.

I already mentioned the idea of using text, audio, and video to communicate the same information. We can add images to the mix. Different people learn in different ways so the more ways we try to communicate with them, the more likely they’ll receive our message.

Each way of delivering the message adds another layer of communication improving the overall unity of your design. One of the reasons to understand design elements and principles is to have more ways to communicate with your audience.

Within the basic principles of design things like repetition or similarity take advantage of redundancy by transferring the meaning of one element to another.

We have horizontal and vertical navigation. We use breadcrumb navigation. We place navigation directly in content in the form of single links. We’ll add internal search in case our main navigation doesn’t work to get visitors to their desired destination.

We give our visitors several ways to find the same information.

Blue, underlined text is standard for links. Note that the standard is both blue and underlined. Redundancy. One or the other, blue or underlined, isn’t necessarily indication of a link. Both almost always are.

We further give the link a hover state and perhaps an active state to further indicate a link is present. Think about that. Think of all the different ways we communicate that a string of text is a link and how much redundancy is involved to communicate something so common on web pages. 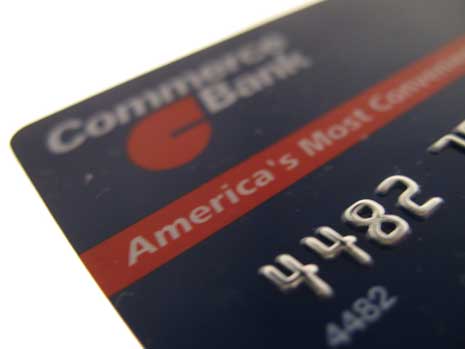 How many forms of payment do you take? Credit cards? PayPal? Checks? Cash? Aren’t they all redundant after the first? If your client or customer doesn’t have a credit card, you might still sell to them via PayPal. Your client doesn’t use PayPal so you accept a check.

Redundancy is necessary when it comes to accessibility. We add alt text to images, titles, to links, labels to forms. All redundant ways of communicating the same information for a specific set of visitors.

Click paths are another redundant system we design. Ultimately you want someone to find and proceed through your checkout system, but is there only one way to arrive at checkout? Probably not.

Different people will absorb our information differently. One might need to pass through your about page, another might need to read your testimonials, a third might only care about features. We design multiple ways for them to use our sites as they want and still find their way to contact you or enter your checkout system. 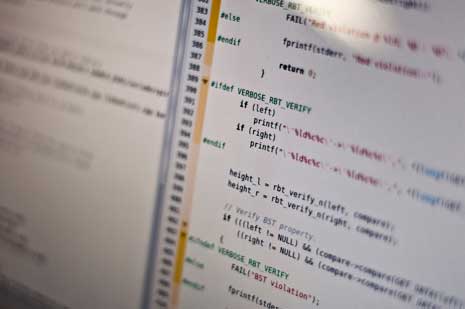 Where We Don’t Want Redundancy

While redundancy is generally advantageous, someone has to set up and maintain all those extra power sources at the hospital. Redundant elements and system do come with a cost and sometimes that cost is the more important factor.

The obvious place where we don’t want redundancy on our sites is in our code. While we want to anticipate and prepare for code failure, there are usually better approaches than duplicate code.

As web development evolved we moved from simple html to things like php includes, again for the reduction of redundant code. Those includes evolved into templating frameworks and content management systems. All essentially for the purpose of removing redundancy and with it improving maintainability.

One idea recently put forth is the idea of object oriented css. It’s something I can’t claim to have explored enough to work with, but it’s about reducing redundancy in our css and as a result making our sites as a whole easier to maintain.

Redundancy is probably not something you specifically think about when designing and developing websites, though you likely practice many of the ideas behind adding and reducing redundancy in every site you develop.

Remember though, that redundancy comes with a cost and sometimes it’s the cost that’s more important. Eliminate redundancy in your code wherever possible to improve system performance and maintainability.

What other kinds of redundant systems to you use when designing a site? Do you consciously think of redundancy during design?