One of the goals I set at the start of the year was to redesign this site. It took longer than expected (a case of the cobbler’s kids among other things), but I finally managed to switch to a new design. If you normally read these posts in a feedreader of some kind, today might be the day to click through to the site to see the new look.

The images in this post are all screenshots from the new design. 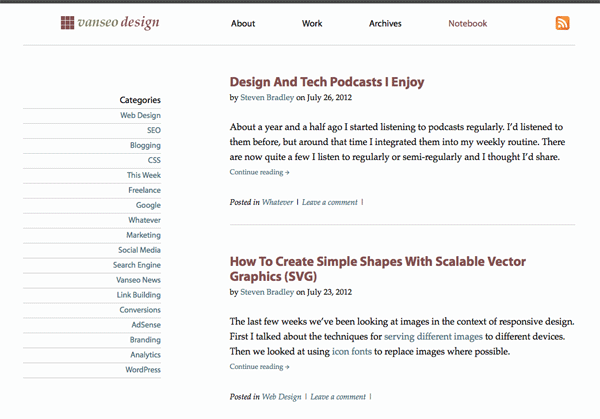 Like the title of the post says, this design isn’t finished. That’s no accident. It was a design decision. My main objective was to develop a system on which I could continue to build. I think (hope) I’ve done that, but we’ll see.

I’ll have a number of things to say about the design in the near future. I’d like to talk about some of the things I learned in working on this design and perhaps more interesting why I made some of the design decisions I made.

I’m not entirely certain what I want to talk about, but a few things that come to mind are.

GIve me a week or so to plan out what I want to say and what order it makes the most sense to present it. If there’s anything you specifically want to know, just ask. There might be a few things I hold back on, but for the most part I’ll be happy to answer any question you might have in regards to the new design. 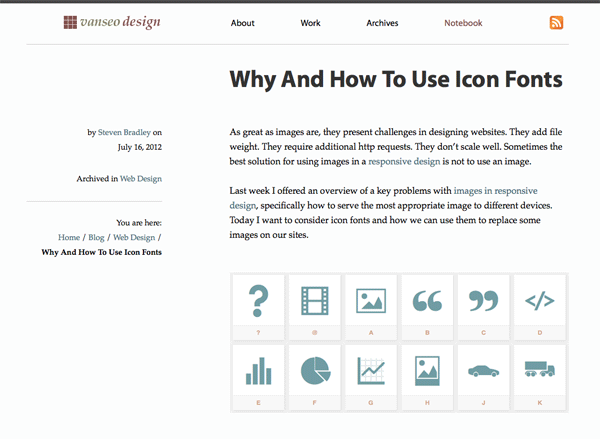 Oops. Did I Break That?

Yes I did. Sad to say I’ve done some stupid things with the code here over the years, including the addition of inline css on old posts. When I first starting using WordPress I didn’t know any better and unfortunately didn’t think of the day I’d want to redesign the place. I also reused class names that now have different layout styles applied.

I know the new design breaks the layout of a lot of older posts. Most of them just need a small bit of tweaking. Removing any inline css I still have and renaming or removing class names. Mostly busy work, but it’s a lot of posts. I have a list of about 120 that need attention. Hopefully within a week or two they’ll all be looking as intended.

If you notice anything not working please let me know, however do know I’m aware that older posts aren’t looking right. If you notice them still looking off in a couple of weeks let me know, but for the next week or so realize that I probably already know.

Another issue I’ll have to look into sooner rather than later is the color. On the Mac side the headings are a muted red, where on the Windows side they seem to be more of a purple. Muted red was the goal and I’ll see what I can do about making everything the same on both platforms.

Have a Look Around

For now look around and hopefully enjoy what you see. One thing I will note is that I tweaked the name of the place from Van SEO Design to Vanseo Design. I’l explain why when I talk about some of the business goals behind the redesign.

I’m going to take the rest of the weekend off and then jump right into fixing up the older posts and a few other things I know need attention. I have a to do list that’s literally a mile long (I know because I measured it). Like I said this design isn’t finished. It’s only the beginning.