You are here:
Home / Blog / Web Design / Priming Your Audience To Do What You Want

When someone is on your product page is it only that page that persuades them to buy? Might the pages leading up to that product page also contribute to their decision? Could a single word on your home page or the color choice of your navigation bar have subtly influenced that person to add your product to their shopping cart? The answers lie in concept known as priming.

A few years ago I worked for one of the major bookstore chains. It was common for customers to walk in the front door on a weekend afternoon, march right up the the information desk, and be quite rude when asking staff to find a book for them.

It was also common to have a hard time finding a parking space outside on weekends. Often I’d have to drive around the lot for 15-20 minutes to find a spot and it was fairly common for some employees to be late even though they arrived early for work. That parking lot would put anyone in a bad mood.

As much as I might have wanted to be rude back to those customers who were rude to me, it dawned on me that they were probably just reacting to their own experience in the parking lot prior to walking inside. When I realized that it was easy enough to disarm them with a smile or a quick joking comment. 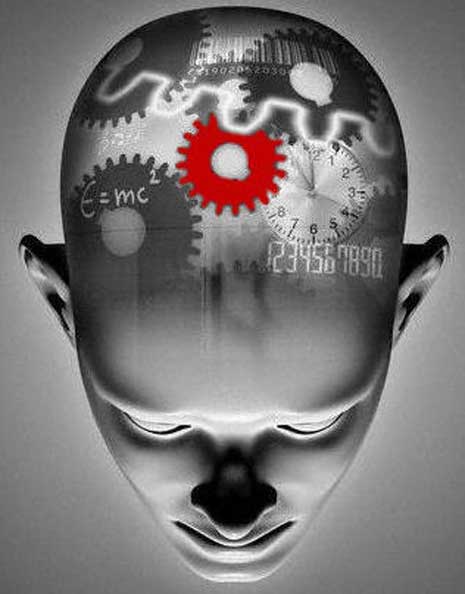 Priming is the activation of specific concepts in memory for the purposes of influencing subsequent behaviors.

When any stimuli is received, whether sight, sound, smell, touch, or taste, they activate certain concepts in our memory, which remain active for a period of time. These active concepts are capable of influencing our emotions and behavior and how react to the next set of stimuli.

John A. Bargh, Mark Chen, and Lara Burrows performed an experiment (PDF) where 3 groups of students were asked to unscramble different words. One group received words of rudeness and another words of politeness. The third group was the control and received neutral words. After unscrambling the words, which took about 5 minutes, the students were to find the test administrator down the hall. He would be engaged in conversation with an unseen party when the students arrived. 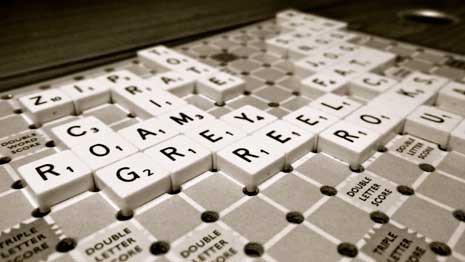 People’s behavior was clearly altered through priming them toward one behavior or another. By spending a few minutes unscrambling words related to politeness or rudeness, people actually became more polite or more rude.

Below are some links to information I gathered about priming while researching this post. The first two links are quick reads that point to some interesting experiments like the one described above about politeness and rudeness.

Below are links to longer PDFs. These won’t be so quick and easy to read, but they do offer more depth to the ideas of priming and experiments on priming. Be prepared to spend some time reading and rereading. 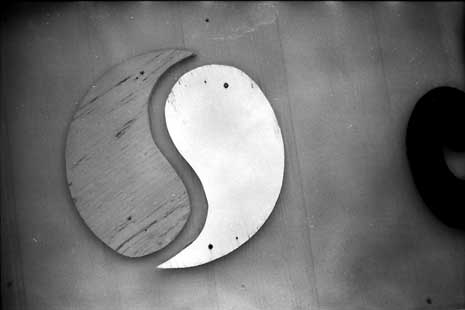 If then try to do the same in list B it should take you more time. The reason is you’ve trained yourself in list A to ignore the word and if you notice each color in list B is the color the previous entry uses as its word. You’ve been primed to ignore what you need to say.

This is an example of a negative prime. 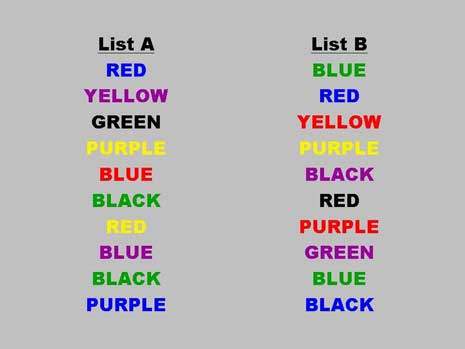 None of us like to be marketed to and it’s not that hard to realize that’s exactly what those fast food commercials mentioned above are doing. When our guard is up it’s easy for us to ignore the prime. Anytime an audience is aware of being primed they can counter the influence leading to a negative prime

Indirect primes work better. The more subtle, the less obvious the direct link between the prime and subsequent behavior, the more effective priming will be and the more likely it will lead to a positive prime.

The before and after stimuli can be related in different ways and we can describe these ways as different types of priming.

Priming works best when the initial stimuli and the subsequent behavior are in the same modality (perceptual priming) or when the relationships between stimuli are semantically related (semantic priming). 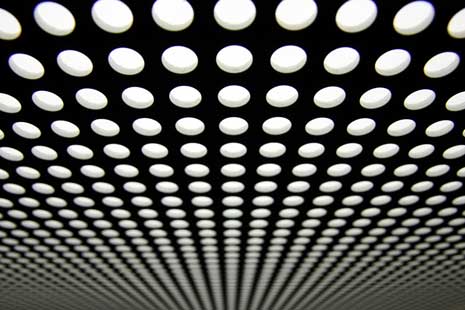 Repetition of the Prime

Repeating primes is a form of positive priming. It’s also considered to be direct priming. I’m sure you’ve heard that advertising needs to be seen multiple times before it’s effective. A small ad placed every week in the local paper will have a greater effect than placing a full page ad in that same paper once. Now you know why. The ad is a repeating prime.

Repeating primes are also why brand recognition can be important. The more a brand enters your consciousness the more you’ve been primed to choose its products at the moment you’re making a buying decision.

This also plays out in politics where a politician will try to consistently bring up issues where the public favors his or her stance. The more times the media will cover that particular issue, the more the issue is repeated, the more it becomes the important issue in the election.

Politicians in an election will therefore seek more media coverage on issues that favor their candidacy and seek to bury coverage of issues favoring their opponent. They want the dominant conversation to be the one that puts them in the best light. 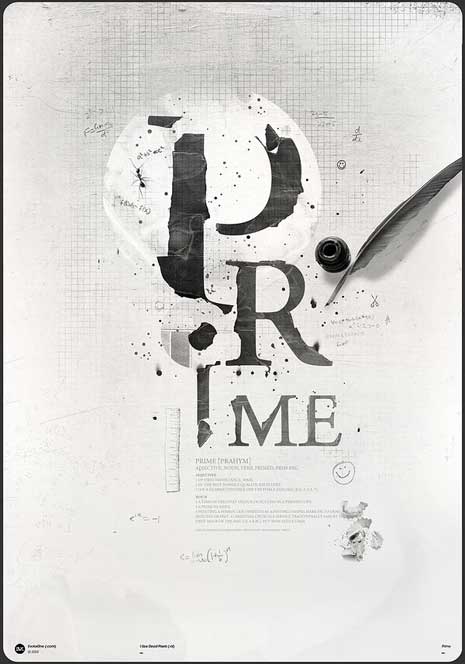 First impressions count. Context matters. Prior events shape subsequent behaviors. Each is an opportunity to for a design to influence an audience and how that audience reacts. The article placed next to an ad, an image seen before turning a page, the overall experience you create on a site, are all ways to prime an audience.

The overall experience you build into a site is another important consideration. For example consider the backend of a dental site that’s used daily by different people. Think of the difference referring to patrons as either “customers” or “patients” and how this could affect the attitudes and behaviors of administrators and receptionists.

Think back to the idea of repetition and priming. Say you want someone to buy a product on your site. Might it make sense to show product images to that person prior to their arrival on the product page. Having seen the image previously your audience has been primed to buy the product when they eventually reach the product page.

An in your face image might be ignored and lead to negative priming, but what about an image that isn’t trying so hard to push someone toward the product.

Think about what you ultimately want people to do on your site and think about the path they might take to get there. Now ask yourself what can you do along that path to prime your audience to take the action you eventually want them to take.

Perhaps it’s your choice of words. Perhaps it’s an image you choose to show. Perhaps it’s the colors you’ve used. Think about how these subtle and indirect primes can ultimately lead to greater success later in the conversion path. 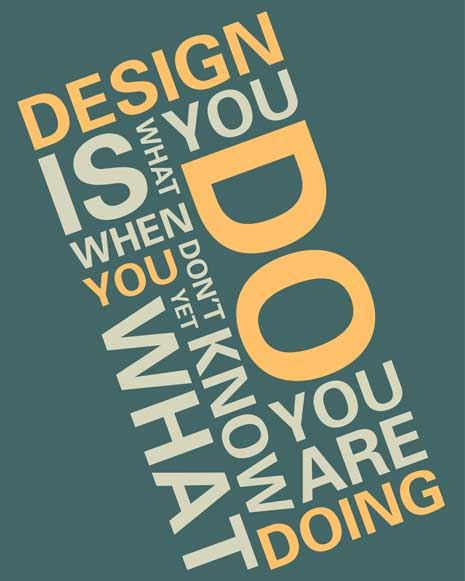 Priming is the idea of using stimuli to enhance the processing of subsequent stimuli. Used well you can positively influence the attitudes and behaviors of an audience interacting with your design.

Priming can be positive and negative. Subtle and indirect will typically work better as your prime will less likely be consciously ignored. There are various types of primes based on the different types of relationships that exist between before and after stimuli.

Repeating stimuli can also lead to a positive prime, which is one reason consistent advertising and brand recognition can be effective.

As web designers we should be thinking about the experience people have across the entirety of our sites and think about how we can prime people in order to nudge them toward the actions we want them to take. Our aesthetics and the language we use contribute to what our visitors will do when it it’s time for them to make a choice.