You are here:
Home / Blog / Web Design / Is Design A Machine?

Can design be reduced to formulaic solutions to a common set of problems? Can creativity be stripped from the process? Once you’ve chosen a design concept is the resulting finished design inevitable? 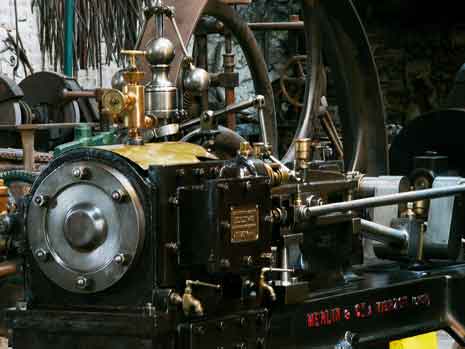 The questions come from a post by Kyle Meyer, entitled Design is a Machine that I recently read. Kyle’s post evolved from the work of Sol LeWitt, an artist I’m unfamiliar with who saw art as a machine rather than something creative. Kyle points to the following quote from Sol LeWitt at the start of his post.

In conceptual art the idea or concept is the most important aspect of the work. When an artist uses a conceptual form of art, it means that all of the planning and decisions are made beforehand and the execution is a perfunctory affair. The idea becomes a machine that makes the art. This kind of art is not theoretical or illustrative of theories; it is intuitive, it is involved with all types of mental processes and it is purposeless. It is usually free from the dependence on the skill of the artist as a craftsman.

While I think some aspects of design can and are reduced to the mechanical I don’t think it can be said to be a machine. I know I don’t want to see it that way or it would instantly lose all interest to me. But it’s not simply about what I want.

There are formulaic approaches to visual problems that often yield a solid result or act as a foundation for commonly-defined creativity (grids, typographic scales, everything that is The International Style).

All true, however these approaches are tools and the same tool in different hands can lead to very different results.

We all have code libraries to quickly reproduce a menu or site layout and we follow established patterns that lead to similarities in finished products, but there are still many design choices made along the way, including which tools and patterns to use.

A simple example is the choice of wether to communicate with words or pictures. A concept doesn’t inevitably lead to one or the other.

If you give 2 designers the same problem to solve and give each the same predefined concept and insist they use the same grid system, typographic scale, color scheme, etc., I don’t think you end up with the same website.

There would naturally be a certain amount of similarity because the problem is the same and many of the constraints will be the same, but the finished product will still be different.

Each of us does put something of the machine into our creative process. You might fall back on the same half dozen typefaces or rely on one of a small handful of layouts for projects. Still I think there’s a wide variety of possibilities even with the same fallbacks.

However, you program the machine and there’s creativity in that programming.

When designers consistently fall back on a set of tools and use them as a constraint time and again it’s where their style emerges. 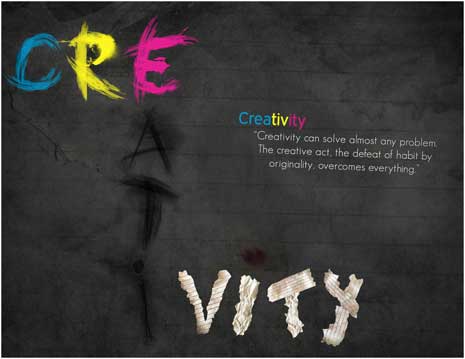 George Polti reduced all stories to something like 36 different plots used again and again. Yet there are an infinite amount of stories within those 36 plots. The same problem with the same concept and the same set of constraints, doesn’t automatically lead to the same inevitable solution.

A game a chess could theoretically be reduced to a finite number of possible moves, with each position on the board having a best move leading to an inevitable conclusion. Those finite possibilities though, are so numerous that for practical purposes they are infinite. The game does not inevitably play itself out the same way each and every time.

A designer can reduce his or her designs to a machined process, however it’s only at the discretion of that designer, which implies choice and a non-machined creativity. Design itself isn’t a machine even if we sometimes choose to feed it through machines of our creation.

Whether or not our designs become a machine is wholly up to us. And because we make that decision, design itself isn’t a machine.