You are here:
Home / Blog / Web Design / Why And How To Use Icon Fonts

As great as images are, they present challenges in designing websites. They add file weight. They require additional http requests. They don’t scale well. Sometimes the best solution for using images in a responsive design is not to use an image.

Last week I offered an overview of a key problems with images in responsive design, specifically how to serve the most appropriate image to different devices. Today I want to consider icon fonts and how we can use them to replace some images on our sites.

The Advantages of Icon Fonts

Bitmap images don’t scale well. They can lose quality when scaled up and waste file size when scaled down. They require http requests for each image, further slowing load times. They’re also difficult to manipulate without reworking the image in an image editor.

Fonts don’t have these problems. They scale well and don’t require http requests for each character. While we think of fonts in terms of the characters we use for writing, they’re really just shapes. What if instead of those shapes being letters, they were icons?

Icon fonts are awesome. So says Chris Coyier. The example page he created about icon fonts offers 6 reasons why they’re so awesome and I’ve added a few more. Icon fonts:

Let’s see your bitmapped images do all that.

How to Use Icon Fonts

The first step in using icon fonts is to find and embed the font. I’ll point you to a few places to find them later in the post. Once you have a font. you can use your favorite @font-face method to embed it. I recommend Paul Irish’s bulletproof @font-face syntax.

From here you typically have 3 options.

The first option is simple. Below I’ve used a span to wrap a character (in this case the letter ‘s’) and added a class to the span. The character has been mapped to a specific icon in the chosen font.

To display the icon you use css to style .icon so it uses your chosen icon font.

Pretty simple, but it adds a meaningless character to your markup. The character also gets read aloud by screen readers, so while you expect it to be seen only as an image, a certain number of visitors will hear the letter ‘s’ read aloud.

Let’s try to improve things a little. Instead of including the character directly in our html, let’s use some css generated content. Below I’ve removed the span and character and moved the icon class to the link. I’ve also added another class ‘cart’ to the link.

The magic happens in the css. First we assign the icon font to the icon class. Next we use the :before pseudo element on the cart class to serve the character. :after works as well when you want the icon on the right.

Once again the icon mapped to the letter ‘s’ would be shown. We’ve moved some html markup to our css, which is good, but screen readers will still read the character, which isn’t so good.

A similar method to the one above makes use of html5’s data- attribute. Here we’ll create a data-icon attribute.

As before we’ll add the chosen font to the icon class, but now we’ll create the character by referencing what’s in the data-icon.

The general ideas is still the same as above and it also comes with the same problem, that of the character being read aloud.

Here’s his method to enhance a word (or phrase). We’ve added back a span with the same data-icon attribute as above. The span also includes the aria-hidden attribute with a value of true.

The accompanying css should be mostly familiar by now. Note the selector is anything with the data-icon attribute.

The last bit speak: none, shouldn’t be trusted, but why not include it just in case or for a time when it can be trusted. I’ll let you check Chris’ other method either at his post describing both methods or at the example page for icon fonts mentioned above. 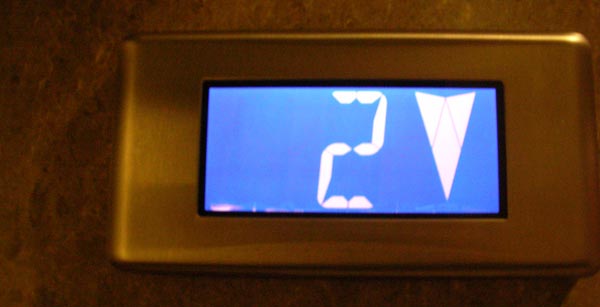 This is all sounding pretty good so far. Is there a catch? Is there a downside to using icon fonts? We’ve already talked a bit about one potential downside, that of screen readers, reading aloud a character you’d prefer them not to. How about some others.

The first isn’t a major issue as long as you use icon-fonts appropriately. You won’t use them for everything, but for icons the color limitations aren’t much to put up with.

The last 2 items aren’t a huge issue either. Odds are what’s available will continue to grow and you’ll probably choose something available over creating icons yourself.

In the code above we’ve already seen the two main routes to solving the screen reader issue, aria-hidden in html and speak in css. One other possibility is better mapping of the icon to unicode characters. There are many, many thousands of unsigned code points in unicode that could be used for icon fonts that won’t be read aloud. 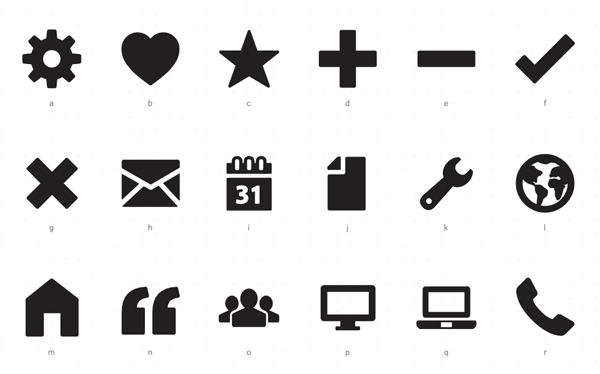 Where Can You Get Icon Font?

Above I mentioned I would point you to some sources for icon-fonts. I’m sure there are more than what’s listed below and expect more people to be creating icon fonts in the near future as well.

And if you’re up for it you can always create your own icon fonts. Again I’m sure there are more tools for creating icon fonts than what I’ve listed below.

Icon fonts won’t be appropriate for all scenarios, but where they are they really are awesome. They offer so many benefits over using an icon image, most notably that they scale and maintain proportion and are easily manipulated in a number of ways.

They do have some small downsides, that aren’t much of a problem and one in screen readers reading characters aloud that the industry seems to be solving little by little.

Icon fonts certainly won’t solve all your responsive image problems, but the ones they do solve, they solve well.

Next week I want to look at another image solution that isn’t widely used. We’ll look at scalable vector graphics (SVG) as a potential replacement for some bitmapped images.