A couple of weeks ago Vitaly Friedman asked the the web community where it had gone? Vitaly’s main concern seems to be a lack of participation in meaningful design discussions aimed at improving web design as compared to a number of years ago. 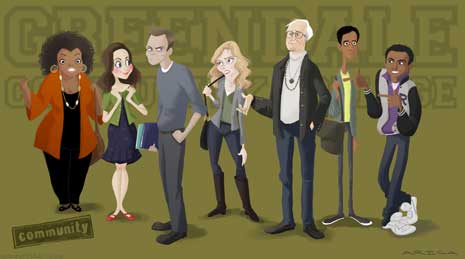 I want to touch on some of Vitaly’s points here with the idea of offering thoughts about how one might build a successful community.

I generally don’t care much for posts asking where a community has gone, since they assume there’s some singular community of web designers across the globe. That’s never been the case.

The community Vitaly remembers was probably limited to a smaller group of specific people and the true answer to where that community has gone can only be answered by those specific people.

What happened to that community is simply the people changed. They moved on to other things, took their communities into private spaces, or now hold conversations in different communities. Vitaly too likely changed. Topics that once interested him no longer do. 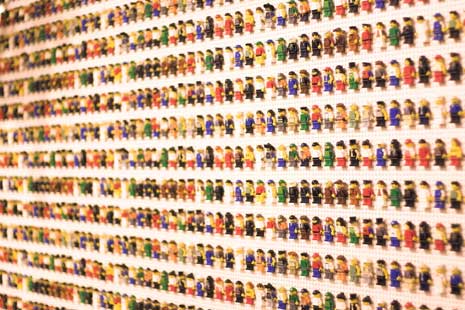 What is a Community?

Community—a social group of any size who’s members interact and share some common characteristics and/or interests.

The above is a definition I put together from a variety of definitions I found online. Ultimately a community is defined by its members and particularly by a small group of leaders in the membership.

Every community I’ve ever known has changed members and leaders over time. As members change so too does the community. That’s how it works.

I think each community defines it’s own purpose, but I would suggest that most exist to do things like share, encourage, teach, learn, discuss, and entertain. Communities around an industry often exist to further the industry for the benefit of all people in the industry. 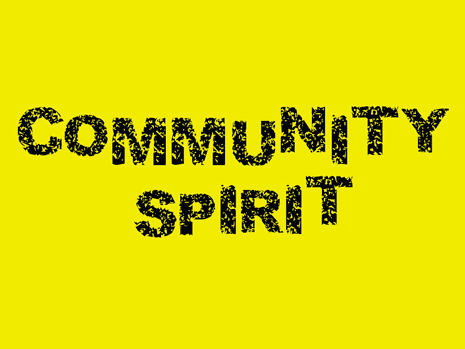 Knowing Vitaly I think his post comes from genuine concern about a lack of sharing helpful advice, and meaningful discussions by web designers.

I disagree that these things aren’t there and I’m not alone in that disagreement, but I do think Vitaly makes some valid points and his post arises out of a genuine desire to improve online conversations about web design..

In combing through the post I think his main concerns boil down to 2 things.

Both of the above are out there. Perhaps they aren’t as easy to find as they once were when fewer people were blogging and posting to social sites like forums and Twitter, but the conversation and people are there.

If anything the problem is the signal is getting drowned out by the noise. Scrivs actually sums up the problem nicely in a comment on the Smashing Magazine post.

The community in the past works the same way the community does in the present. There are some great discussions happening all over so the problem isn’t a lack of conversation. With so much going on in regards to content, innovation and activity, the problem is there is just so much and not a source to filter it.

By the way Paul (scrivs) happens to run a pretty good community over at Drawar.

I don’t always agree with his opinions and he does draw criticism for being controversial, for the sake of controversy, but he always makes me think and has an ability to get people talking in a meaningful way.

About a year ago we even had a conversation about improving conversations on forums. I wish I had more time to participate in similar discussions. 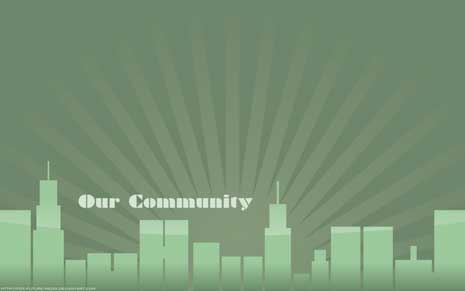 Where Has Our Web Design Community Gone?

Nowhere really. Web design means a lot of different things to different people and many of us who call ourselves web designers have different interests and different levels of knowledge and experience.

No one person and no one community can truly offer everything to everyone.

If memory serves Malcolm Gladwell mentioned in The Tipping Point how once a community reaches 150 members it becomes hard to interact with everyone. Once any community grows past 150 it needs to start breaking up into smaller groups in order to thrive.

The community hasn’t gone anywhere. The discussion simply doesn’t take place in any one or two locations. 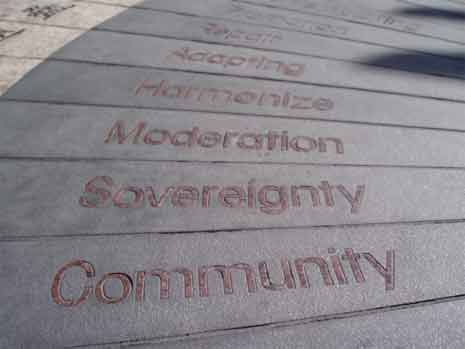 Thoughts on Building and Sustaining a Community

Building a community is not an easy task. I speak from experience as a forum owner. You have to participate and lead your community. You have to cultivate it and weed out as much noise as you can.

I remember when I started my small business forum. On the positive side we were able to open with an existing community from another similar forum.

In total there were probably about 20 or so active people who joined when we launched. While it was a great start it wasn’t enough. I knew to get others to join we needed to be as active as possible.

Along with one of the other admins I spent the first few weeks creating about 60 posts a day, many of which were new threads. My fellow admin did similar to a lesser degree.

For a few weeks I put my business on hold and spent nearly all of my time posting to the forum and fixing technical issues.

As the weeks went by I posted less, but even now 2 and a half years later I alone account for more than 20% of the content on the forum. 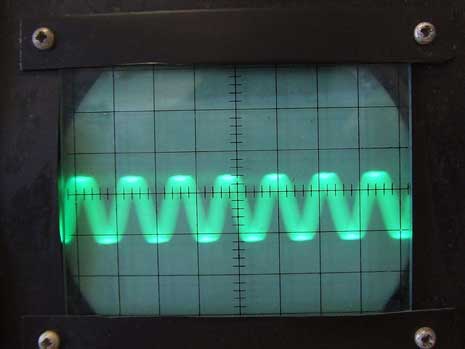 Help the Signal Stand Out

In addition to contributing as much signal as I could I tried to encourage others to do the same. Much of this is done by setting an example. In creating the kind of posts you want others to create you encourage them to follow suit.

You also have to weed out the garbage. We take a strong stand against spam as most forums hopefully do, but go further and remove the “me too” type posts that don’t contribute to the conversation.

Getting rid of the noise helps the signal stands out. I’ll bet our forum has one of the highest signal-to-noise ratios of any community not behind a pay wall. It encourages others to post signal and discourages them from posting noise.

Very few communities take the time to promote signal. It’s much easier to run a community with an anything goes mentality. It’ll lead to more page views and more advertising dollars on those page views.

It also leads to a mostly useless community with little real conversation.

Sadly many web design blogs take this easy approach to their content. Ferdy points this out in another comment on Vitaly’s article.

You do not list the 100 best color tools, you teach how to use color in your design.

You do not showcase the top 500 dark web designs, you teach how to make one. How it relates to contrast, font selection, feel for spacing.

You do not teach how to replicate OSx icons, you teach how to create depth in design, how you can consistently create the illusion of a light source.

This is teaching design, and most magazines are doing a crappy job at it.

Too many web design blogs are handing out fish instead of teaching you how to fish. They’re creating the noise and ignoring the signal. To build and sustain a community you need to do the opposite. 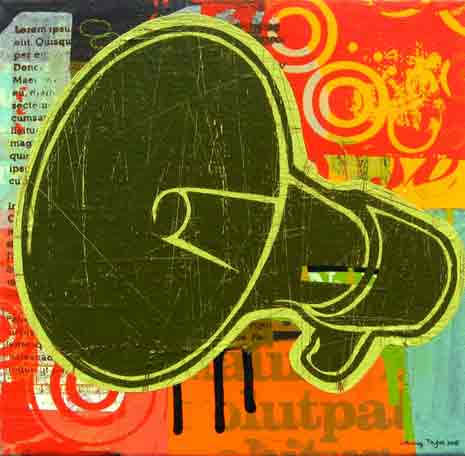 What Can You Do to Promote Better Communities

As a community member what can you do? Vitaly suggests we all spend 10-15 minutes a day being more active. That’s certainly part of it if you want to see more and better communities.

However I think there’s more to it than participating. Much as community owners need to promote signal over noise, so do community members.

The reason you see so many useless list posts featuring 500 dark web designs is because people click and view those post. If you want to see less of those posts stop visiting them. Instead visit the kind of articles, posts, and forums you want to see more of.

For my part I skip any post in my feedreader that promises yet another useless lists of things that have no relevance to anything. I unsubscribe from blogs that offer little other than these types of posts. If enough others do the same we’ll all see less of these posts.

That’s not to say a post in the form of a list is automatically garbage. Neither is a tutorial on how to create some specific icon in Photoshop. Both can be done well and offer something useful. Sadly most are neither done well nor offer anything useful.

I’ve certainly written a few list posts myself, though I do try to offer enough commentary to make the posts useful and I don’t make those posts the majority of what you see here.

If you want more in-depth content then reward those who produce it. Make it easier for them to create more and remove the incentive for creating garbage. If you reward the noise expect to see more noise.

As a community builder make it easy for your members to promote you. 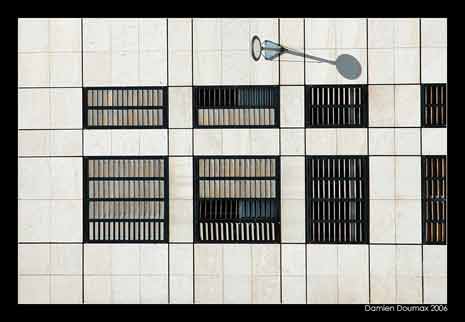 There’s nothing wrong with the “web design community” if such a thing even exists. When people suggest the community isn’t what it used to be they mean that one or two specific groups or people they used to interact with are no longer interacting in the same place or in the same way.

Others though, will always fill their place.

Building and maintaining a useful community is not an easy thing. There’s a lot more to it than opening the doors and expecting the community to build itself.

If you want to run a community you need to be active in it and cultivate it. In time as your community grows you can pull back on your personal activity, but you always need to maintain the cultivation in some way.

Finding communities to participate in isn’t always easy either. There will always be more noise than signal and it takes effort to find needles in haystacks.

To make it easier for others help promote the signal when you find it. Tell your friends and link to valuable sources of information. Find some way to help those who produce the content and communities you like so they can create more.