A long time ago I briefly worked to help promote a political campaign. The campaign wasn’t for a candidate running for office, but rather an amendment to the state constitution or something along those lines.

The work was for a friend of a friend and it provided for some extra money at a time when I needed a little extra. My job wasn’t anything design related. It was more grunt work, handing out information and hammering some signs into the lawns of people who agreed to have a sign on their lawn.

I didn’t know much about what I was promoting when I first started. It was about something I didn’t care too much about one way or the other, though I was pretty sure I’d be voting against it come the election.

As I learned more about the campaign, I came to realize a couple of things. I did care a little more about the issue than I thought and I mostly definitely would vote against it. I also learned most people in the state felt the same way and the amendment had very little chances of passing. I think the polls and the final vote were something like 85% against.

Still, I had an ethical decision to make as to whether or not to continue working on the campaign. I didn’t agree with what I was promoting, but I was helping a friend and the money was good. I thought about the polling that suggested the amendment wouldn’t pass and used it as a rationalization to keep working.

I’m not sure if I would make the same choice today.

While my story doesn’t involve design related work, designers are asked to make similar ethical choices all the time. Since its earliest days, graphic design has been tied to both art and advertising. All three share common elements and they work within the same theories, principles, and practices.

A fine artist like Henri de Toulouse-Lautrec is a good example. Some of his most famous works were advertising posters for the Moulin Rouge. An artist has to eat, after all, but at what cost?

Throughout you career as a graphic designer you will have choices about working for clients whose ethics are counter to yours or requests to work on projects you think will cause more harm than good. I know over the years, I had to turn down work from less than reputable clients and I turned down projects to work on a couple of porn and otherwise shady websites. At the same time, I’ve done the occasional sketchy thing because I couldn’t convince a client to do the right thing and easily justified my decision to do the work so I could eat or pay some bill on my desk.

How do you make decisions like these? How do you balance your personal ethics against the need to earn a living? Is there anything out there to guide you?

Citizen Designer: About The Book

A few months ago I received a review copy of the book Citizen Designer: Perspectives on Design Responsibility (Second Edition), by Steven Heller and Veronique Vienne and I finally had a chance to read it. 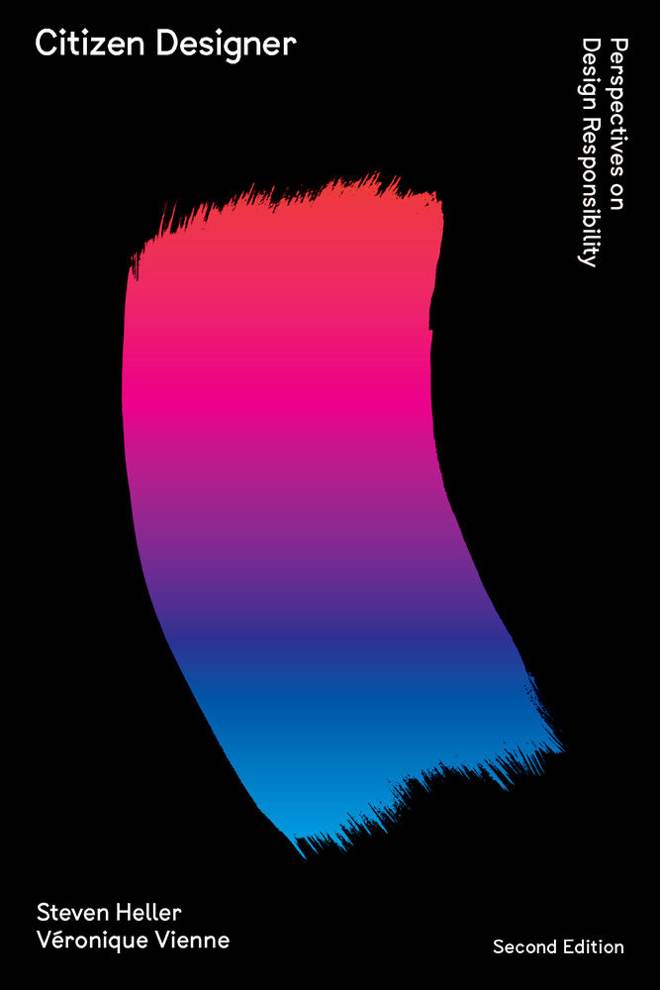 As you may have guessed, the book is an attempt to help designers answer some of the ethical questions we’re faced with. From the publishers site:

I’ll add a few questions of my own. Would you have accepted a job to design political propaganda for the Nazi party in 1931? How about 1936? 1944? Do you know how some of the political parties around the world today compare? Would you work for a tobacco company? What if you needed the money? Should the money even impact your decision?

The back cover of the book reads “Balancing Social, Professional, and Artistic Views.” I think that’s a good way to describe the book. It’s a collection of essays, interviews, case studies, and academic articles. Some raise questions. Others help define them. Issues are talked about from both the theoretical and practical sides.

Here’s the table of contents so you can see how the material is organized.

Overall the book is there to help designers understand the choices they make to work for a particular client or to promote a specific product or idea, choices that will have an impact beyond the work itself.

I think there’s more good than bad in the book and overall I recommend it, but let me start with the not so good. Again, the book is a collection of material from different sources, some written exclusively for the book and some first appearing elsewhere. All are about being a responsible citizen while working as a designer. The goal of the book is to help you make some of the moral and ethical decisions you’ll have to make as a designer.

I’m not sure how well the organization of the table of contents works. The first part of the book reads like a glossary and I wonder if it would have been better served at the end. Having it at the beginning kept me from being able to get into the flow of reading right away. The information is good. I just don’t know if it belonged at the start and I admit to skimming through some of the entries in order to get to the articles.

I’m also not sure how well the content ties together within each section. I would have liked an introduction to each section that talked about the particular theme of the section in general before getting to the individual essays.

It’s also important to keep in mind that much of what’s in the book wasn’t specifically written for the book and was written by different authors with different writing styles, abilities, and goals. Some of the material is more enjoyable to read than others, some wasn’t interesting at all (to me), and one or two even felt like they were written mainly to promote the thing or idea that was being talked about, which is kind of ironic given the reason for the book.

Some of the essays also felt dated. The first edition of the book was May 1, 2003 and some things have changed in the fifteen years since. Most of the topics are still current today, but a few do feel dated, such as one or two that discuss website design. Tech related information tends to age quickly.

That said, there’s a lot more to like than not like. There are plenty of interesting articles that present ethical questions along with how one designer or company handled the situation. The essays leave a lot for you to think about after, which is the point of the book and a highly worthwhile point at that. This isn’t so much a book telling you how to respond to moral issues, but a book that raises questions for you to think about so you can respond if ever faced with a similar question.

That’s why I think this book is a valuable read. As a designer you’re going to have to make decisions that could compromise your ethics; you’re going to be faced with an occasional moral dilemma. And even if you aren’t, there’s a good chance you have ethics and a moral point of view and would like to express them without causing any harm for your clients.

The essays, articles, case, studies, and interviews in the book will help you figure it all out. They won’t give you the answers, but they’ll give you enough to think about so you can work the answers out for yourself.

I’ve been fortunate in that I haven’t had to confront too many moral dilemmas as a designer that were all that difficult to solve. The issues that found their way to me were usually clear cut, but a few here and there did straddle the fence. Looking back I sometimes chose well and other times I wish I had chosen differently. Maybe had I read the first edition of Citizens Designer I could have made a few better decisions along the way.

After I put together my thoughts above I was curious to see what others might have said and one of the places I naturally ended up visiting was Amazon. There were no reviews for this second edition at the time, but those for the first edition seemed to echo how I felt and agreed with my overall thoughts and impressions.

This is a good book and one worth reading about the subject of ethics in design. It’s a subject I’m interested in and one I don’t think is talked about enough in web design circles.

Not every essay and article in the book is brilliant or even relevant and a few aren’t all that interesting, but “not every” doesn’t mean “all” and I think there’s far more good in this book than not so good.

Citizen Designer is a book I’m glad was written and now revised and with a little more thought into what to include and how to organize it all I think this book will be worthy of a third edition sometime in the future.