For the last few years I’ve been ending December with a look back at the year that was and then starting the new year with the goals I’d like to achieve over the next 12 months. Given that this post will be the last one I publish this year, a look back at 2010 is in order. 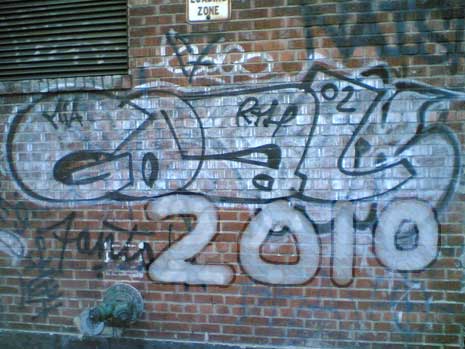 Here are a few previous looking back posts. The 2008 post looked back and ahead in one post. Since then I’ve been splitting these reviews and goal setting posts in two. I’ll link to the looking ahead posts next time, though they should be easy enough to find if you’re looking for something to read over the weekend.

Monday will be my first post of the new year and as you guessed I’ll share some thoughts and goals for 2011. 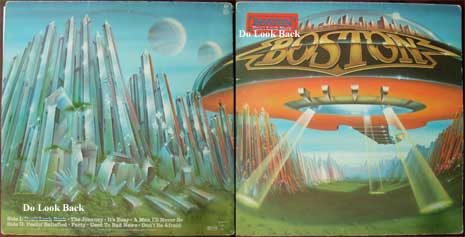 Before getting to the goals I set for myself in 2010, I want to talk about why looking back and reviewing what you accomplished is a good idea. While I’m looking back at the whole year in this post, I do this for myself more often.

The review process helps keep me focused on what I want to achieve and helps me move my business forward. It works better when the review is more frequent than annually of course. I tend to review some things on a weekly or bi-weekly basis and other things every couple of months. The larger the goal the more time I’ll leave between reviews.

Seeing over time what I’ve accomplished and what I haven’t accomplished reveals some patterns that may be limiting my success. Am I not completing one goal, because I’m not as interested in completing it as I thought or am I letting other things get in the way? Where is my time going? Is my effort being placed on the right tasks?

It’s easy to feel good about goals you’ve completed. Looking back and seeing what you’ve accomplished builds confidence for the day to day work. When it’s day to day it sometimes feels like you’ll never finish anything, but several months later you can look back at all you really have achieved.

When I see what I’ve finished it motivates me to get other projects done and sustains my energy during times where I feel there’s too much to do to complete one project or another. 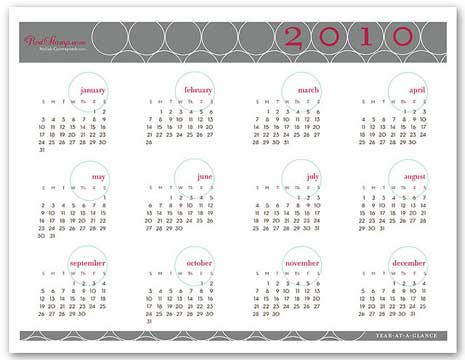 At the start of 2010 I set 4 goals for myself where this business is concerned.

I completed one goal, kind of did what I wanted with another, did things to help make one easier to accomplish this year, and did absolutely nothing about the one remaining goal.

Even as I wrote the goals down I had a weird feeling about them. Not so much questioning my desire to get each done, but rather that I wasn’t really sure where to begin. In years past it was easy to prioritize my goals. The ones I might not finish were those of the least priority that I put off till the end of the year.

This year was different. I was never really sure where to begin. I also gave myself a little more to do having done well with goals in previous years.

Overall though I consider the year to be a successful one for reasons I hope become clearer as I share more of the details below.

Develop a Site Around WordPress

This is the goal that I did nothing about. I’m not really any closer to this site being ready than I was this time last year. Maybe the slightest bit closer, but nothing measurable. It’s also a goal that’s been on my list for the last couple of years.

I could offer all sorts of excuses for why I haven’t gotten this done, but I think the real reason is the time and effort that will be involved maintaining another site. Mostly time and effort spent creating new content on what would likely be the blog on the new site.

More than likely (ok positively) you’ll see some form of this goal on my list for 2011. I’m somewhat hesitant to list it as a goal given my poor track record with it, but it will fit in nicely in a lesser form with one of the other goals I do feel confident completing. More next time.

This was a rather vague goal in my mind. It’s also the one I feel I accomplished quite well. When 2010 started I had begun attracting a few more of you to this blog, but writing was still very slow for me and I thought the content needed something more to take it to another level.

Even though the goal explicitly said more content, to me this goal wasn’t only about the quantity of my posting. It was to me an effort to improve my writing and blogging all around. I even wrote a post during the year about how posting less can improve your blog. Oh the irony.

When I looked at the other goals on the list being able to produce more and better content seemed like a step in each of them. It didn’t take me long to realize this is where I should be putting my focus first and I never did stop placing most of my effort here.

A funny thing happened not too long after the year began. A number of other sites started approaching me and asking me to write for them. Early in the year I wrote a handful of guest posts. Just about every time I would finish the posts I’d promised more people were contacting me asking for a guest post. The guest posting led to writing a chapter in a yet unreleased, but soon to be released book.

I still owe another round of guests posts to a handful of sites, which I hope to get to early in 2011.

The good news is I’ve taken this blog from one post a week to two posts a week and despite my slowness in writing, managed to write a series of guests posts and a book chapter. Really more than I expected to be able to get done when the year started.

More good news is traffic and subscribers roughly tripled (comparing Q4 of 2009 with Q4 of 2010) over the year as more of you have been recommending what you read here to others. For that I need to say thank you and also ask you to continue over the year’s to come.

In the end much of this past year for me was spent writing one thing or another. I think the improvement in both the quality and quantity of my writing exceeded the expectations I had when setting this goal. 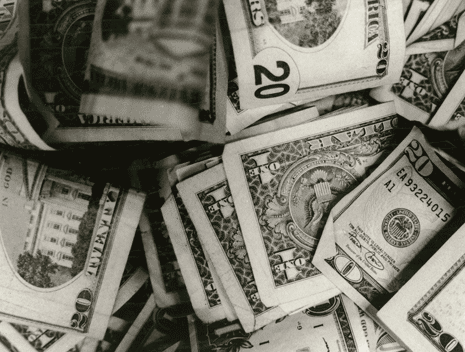 My main thinking with passive income was to start by selling some advertising here on the blog. To the right you see 4 banners, but one of them is for my own small business forum and the other 3 are products that helped me for which I’m also an affiliate.

I can’t say I’ve had much luck as an affiliate marketer. I don’t really try that hard with it I suppose. I placed some banners for a few things that helped me and left them there. Not exactly a lot of effort on my part.

What I was thinking with this goal was to grow this site to a point where it’s more attractive to advertisers.

I don’t expect or want to litter the place with ads everywhere. but 6 ads in the sidebar isn’t much more than what’s there now and being able to bring in some advertising revenue would allow me to be more selective with clients and provide more time for my own projects.

When I looked into some of the better ad placement services most wanted to see more traffic than I had at the start of the year. To set up advertising the way I want means more traffic and more content here. Another reason for the continued focus on content creation in 2010.

Again I’ll point out how traffic has roughly tripled. During the year I did start receiving offers to buy advertising, though most were for things I didn’t want to endorse.

Overall while I didn’t make any more passive money than I did the year before, I do feel like I made some good progress with this goal. Maybe not the actual goal as stated, but with the preparatory work needed to make the goal happen.

Hopefully this time next year I can be telling you how advertising accounts for a significant part of my revenue.

Do Something with the Small Business Forum

Probably the vaguest of all my goals. I really didn’t know what I wanted to do with my small business forum at the start of the year other than knowing I wanted to do more to grow the community and the site.

In it’s first year my time went mainly to starting and replying to threads. I posted a lot. This year I wanted to be able to scale back a bit on my posting while still seeing the forum grow. I also wanted to look for ways to promote it better, upgrade the software and fix some issues members have mentioned.

I also wanted to create a plan some kind of business plan for the forum.

I did find time to upgrade the software and fix some issues. Of course the upgrade led to more issues which I think I’ve mostly fixed now. At least I fixd the most important of the issues.

I have come up with something of a plan or rather some ideas loosely organized for the forum, which I hope will increase what it brings to my business.

The community more than doubled this past year. I’d like to tell you how hard I worked promoting it, but truthfully it’s been growing on its own as long myself and the moderators help keep it as spam free as possible. Amazing what building a quality product can do.

Like this blog the forum has started receiving offers to advertise and I even had one offer to buy the whole thing.

Technically I suppose I can call this goal completed. Something is rather vague after all and I did do some somethings. Not quite as much as I wanted last year, but there was a reason this goal was listed last and listed vaguely. 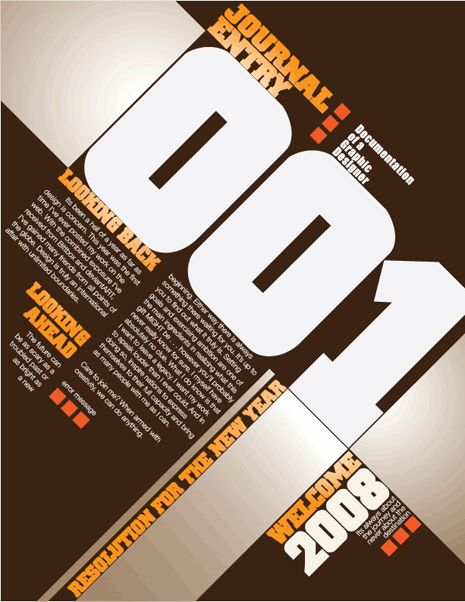 That was look back on the goals I set at the start of 2010. Depending on your perspective I either did ok or not too great. I made a lot of progress with one goal and some progress with 2 other goals. I’m sure that’s better than some, but not better than others.

Myself? I would have liked to have gotten more done (always the case), but I’m still happy with what I did do. While most of the year was spent writing and creating content, I think it was something necessary if I’m to complete some of my other goals as I’d like.

How about you? Do you set goals for your business at the start of the year? At any point in the year?

For those of you who do how many of your goals do you accomplish each year and does setting goals and reviewing your accomplishments help keep you focused?

Next time we’ll look ahead to the coming year. I’ll share some goals for 2011 and offer a few thoughts on why I think setting goals is important and how I think it helps your business.