You are here:
Home / Blog / SEO / Why Patience Is Often The Best SEO Strategy

A couple of months ago I watched as search traffic to this site declined rapidly. At it’s worst the 2 week drop was about 40% There were several things I could have done, but in the end I chose what turned out to be the best seo tactic of all…nothing.

It’s easy to panic when things suddenly take a turn for the worst. However, panic is never the best solution to anything as it only leads to poor decision making. While I certainly wasn’t happy with what was going on, I never panicked.

Instead I analyzed and researched, and ultimately chose to wait before doing anything rash. Doing nothing turned out to be the right choice as my search traffic has not only come back, but increased by about 15%, all from me changing not a thing. 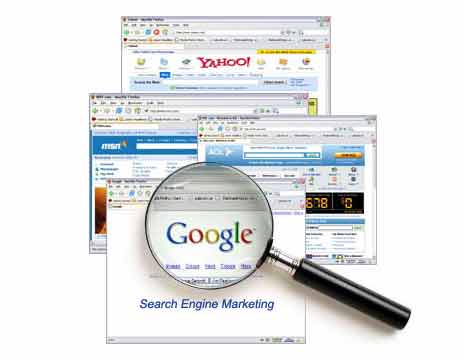 2010 was a pretty good year for me in terms of traffic growth into this site. It hasn’t all been search traffic, but search makes up anywhere from 35–45% of the traffic here depending on the month. For most of the year traffic had steadily grown, punctuated by an occasional large step as I found new sources to market the site.

The week of Thanksgiving, traffic dropped as you might expect. I didn’t think much of the drop and expected it would return the following week and then perhaps see a similar dip as we approached Christmas and then New Year’s.

While traffic did come back, it was a little less than I expected based on the weeks leading into Thanksgiving. Traffic then took a nosedive a little earlier than I would have thought to see any decline. I could pinpoint the drop to December 14th.

Over the course of about a month (Dec 14 – Jan 13) traffic from search engines (mainly Google) was down 20% over the previous month.

Some of this was expected, but again it happened earlier than I thought and the drop was also greater than expected. What’s worse is that once the holidays ended traffic didn’t seem to come back to the same level where it had been. It was about 10% less than where it had been prior to Thanksgiving.

While in the middle of the traffic loss I had to decide what to do.

Instead of panicking I went with 2 other courses of action.

The first didn’t lead to much. A few people reported traffic loss and one or two started seeing the loss about the same date I was seeing it. However there was nothing to indicate a possible cause and no solution.

Through Analytics I found I was mainly losing traffic from long tail keywords, which I found troubling. I wondered if perhaps Google had made an algorithmic change that was no longer favoring this site on many long tail phrases.

Earlier in the year Google had made such a change, now commonly referred to as their May Day Update. Lot’s of sites lost long tail traffic at that time. This site wasn’t one of them. In fact the May Day Update started sending more traffic my way. It didn’t seem logical to think that 7 months later I was finally being affected by that change.

Looking at the numbers

For comparison here are traffic numbers in terms of visits and the associated number of keyword phrases sending that traffic between mid October and mid February, the last 2 years.

In both years numbers are up significantly after the middle of January. Last year the dip in December was marginal. This year it was quite significant.

Also note that while I’m showing the numbers from mid January to mid February here, those numbers didn’t exist at the time of this analysis. Note too that last year’s January increase can be explained by some high quality links I had gained during December.

While neither searching nor analysis shed much light, I did have some thoughts on what the problem might be.

In the end I found nothing conclusive or even promising as a possible cause and solution. Given that anything I would have done would have been based on a guess, I felt taking a wait and see approach was the best option.

I planned on more research as more data came in.

Waiting was the right choice as you can see in the data above. It took a little longer than expected, but the lost traffic came back. In fact it’s been steadily rising ever since and is now up about 15% from pre-Thanksgiving levels.

Once again let me remind you that I did nothing to bring the traffic back.

Naturally I’ve done things to market this site, including some things to increase search traffic, but I haven’t changed anything significantly from what I was doing back in the fall. Just continuing with what I had been doing.

My guess is that in the end what I observed was normal holiday traffic loss for a site like this one. The links gained last year might have masked a similar drop. I’ll have to pay attention next year.

I would have been trying to fix a problem that didn’t exist. Fortunately I chose not to.

Every business has its ups and downs and that includes how much search traffic is flowing into a site. While no one enjoys experiencing the downs the worst thing you can do is panic when they happen.

What I mainly want you to take from this post is the lesson to never panic. Sometimes through no fault of your own things will take a turn for the worse. If you panic when it happens you could make things far worse and cause the problems you hope to solve.

When things go bad do try to figure out why. See if the same bad things have happened to others and take a deeper look into any changes you might have made. If you’re sure there’s a problem ask others to take a look as well.

However if you don’t find anything conclusive don’t rush to take action for the sake of doing something. Sometimes the best strategy or tactic is to do nothing.