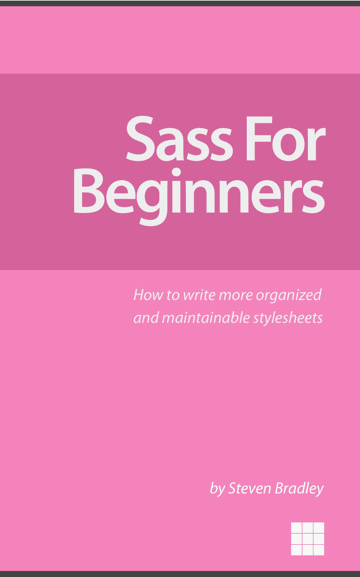 CSS is a wonderful language for presenting HTML visually. It’s relatively easy to learn the basics, but once you’ve worked with it awhile you start to bump up against some of its limitations. It’s common to find yourself wishing CSS could do more.


Sass extends CSS. It lets you do things you can’t always do with CSS alone. It’s also as easy to learn as CSS itself. In fact, if you know CSS, you already know Sass. You just don’t know you know it yet.

The majority of Sass syntax is the same as CSS. Within a very short time you can learn the few things that are different and be writing Sass code that compiles into CSS. You can then learn the rest of Sass one feature at a time as you need or want.

If you’ve ever wished CSS could do more, Sass is for you.

You can download a copy of Sass for Beginners: How to Write More Organized and Maintainable Stylesheets