You are here:
Home / Blog / Blogging / What M*A*S*H Can Teach You About Blogging

Early last week Ben Cook offered up some lessons on blogging using the show M*A*S*H as a backdrop for those lessons. At the end of his post Ben asked the rest of us to continue the discussion and since M*A*S*H is one of my all time favorite shows I couldn’t resist. Here are some further lessons on blogging that come from one of tv’s most watched and most loved shows.

For those of you not familiar with Ben or his blog, Blogging Experiment, this isn’t the first time Ben has used a popular show as a backdrop for blogging lessons. I’m also sure it won’t be the last. A few others include lessons derived from

When talking about M*A*S*H, Ben is right that a tv show that lasts nearly 4 times as long as its subject and one with a season finale that becomes the most watched television show in American history is doing something right. So what are some of the things the show did right? Ben focused on the characters in the show for his lessons. I want to focus on the show as a whole for the lessons here.

First and foremost M*A*S*H produced quality shows. The writing was good, the acting was good, the direction was good. We’re talking about a series that won a number of emmys during its 11 year run. 14 emmys in total for 11 different categories. M*A*S*H was above all else a quality program. 25 years after the final episode the show is still in syndication around the world and likely will be for a long time to come. 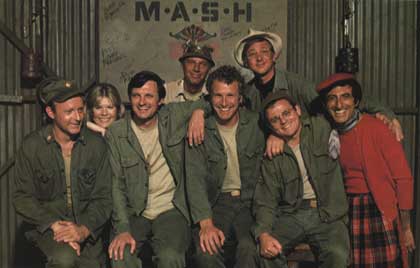 The show had a very strong voice. Set during the Korean war it was originally seen and probably mean as an anti Vietnam War vehicle. The shows producers have always maintained it was about war in general, but either way the show’s voice is very clear. After watching an episode or two it wouldn’t be hard to guess what side would have to say on many other topics. If I asked you what M*A*S*H would think about corporate America, or Global Warming you’d likely know instantly even if the show never covered either specifically.

Blogging Lesson: Develop a strong, authoritative blogging voice. Be creative with your voice in individual posts, but keep each post within the overall voice of your blog. Be about something. Stand for something.

M*A*S*H was Willing to Experiment and Grow

You might not believe it now, but the series was in danger of being canceled in its first season. M*A*S*H began life as a situation comedy based on the novel and movie of the same name. Had the show remained nothing more than a situational comedy we might not know it today and we certainly wouldn’t view the show as one of the best to ever come to the small screen.

Midway through the first season the episode “Sometimes You Hear the Bullet” aired. The episode begins as many others had before it, but by the end the usual comedy is replaced by something more serious when Hawkeye is unable to save the life of a long time friend and is later seen crying outside of the operating room. The episode delivers a memorable quote from Henry:

After this episode M*A*S*H incorporated as much drama as it did comedy and created the dramedy genre. It’s the mix of comedy and drama as much as anything that led to the show’s popularity and success.

The most memorable moment in the entire series is also its saddest. When Radar walks into the operating room to inform everyone of Henry’s death. Not the usual fare for a situation comedy. I watched that episode air as a 10 year old and seeing it in syndication some 30+ years later still brings back the same emotion I felt watching it the first time.

With everyone in the O.R. after Henry has gone home Radar comes in and delivers:

“I have a message. Lieutenant Colonel… Henry Blake’s plane… was shot down over the Sea of Japan. It spun in. There were no survivors.”

The camera pans the operating room. The war goes on, but none of the characters or us is the same after. It’s a poignant moment and something not seen often in comedies of the era. At the same time it fits in very well with the overall theme of the show that war is destructive.

M*A*S*H was never afraid to experiment. The show continued to innovate and take chances through the run, most of the time with great success, such as an episode that was seen completely through the eyes of a patient at the 4077th or the two made to resemble actual wartime documentaries. The experimenting kept the show fresh for many years.

Blogging Lesson: Don’t be afraid to step outside of your comfort zone. Be willing to experiment and innovate. Strive to be unique and original and continue to grow as a blogger. Never be afraid to take a chance on something new and different.

M*A*S*H was Authentic and Self-Deprecating

Many episodes of M*A*S*H were based on the real stories of doctors during wartime. These stories lend an authenticity to the show that carries over into episodes not based on real life stories. The realness makes us believe we are in the operating room with the doctors and in some ways makes us believe we actually know something about what it would be like to be in a war even though we’ve never been and hopefully never will be.

No fictionalized version can ever impart the experience of actually being involved in war, but M*A*S*H does help impart what one aspect of war might be like. The show certainly bestows an image of war without the glory.

M*A*S*H was also very willing to make fun of itself. We’re all supposed to look up to Hawkeye, but in many episodes we are shown the weaknesses in his character. No person is perfect and no character on the show is perfect either. Each, while admirable, is flawed and the show doesn’t hide the flaws of its main characters. Instead it builds episodes around them to highlight their human frailty.

Showing the bad with the good makes every character more real to us, makes them more likable, and makes their message resonate more.

Blogging Lesson: Make your posts authentic. Research facts, present details, and use real-life examples Be transparent. Don’t be afraid to share the mistakes you’ve made. Those mistakes make you more real, they make you more human, and they will only help to endear your audience to you. No one is perfect, including you. We bond more with people when they share how they’ve gone wrong and reveal flaws.

M*A*S*H was a remarkable series for many reasons. Ben looked at the individual characters and I’ve looked at the show as a whole. Neither of us has said all that could be said about the show. Both of us have barely scratched the surface of what can be said. 25 years after the series finale people are still talking about M*A*S*H.

When people are still talking about you long after you’ve stopped producing new content you know you did a lot right.

Blogging Lesson: Be remarkable. Develop content that has other people talking about you. Become part of the conversation and start your own conversations. Create something that other people have no choice, but to comment on.

What other lessons can you take from M*A*S*H? There are many more that what’s here or what’s in Ben’s post. How can M*A*S*H teach you to be a better blogger? 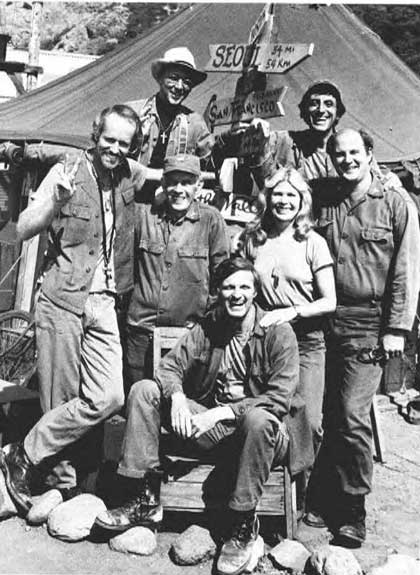