You are here:
Home / Blog / Blogging / An Introduction To A Process For More Productive Blogging

You write until you come to a place where you still have your juice and know what will happen next and you stop and try to live through until the next day when you hit it again.
—Ernest Hemingway

A few weeks ago I critiqued the site of Josh Dick. Not long after I was reading through a recent issue of 2600 and who do I see as the author of one of the articles? Yep it was Josh. A few email exchanges and we were talking about writing and blogging. Josh asked where I find ideas and how I keep up with the blog as much as I do.

It seemed like a good time to talk again about my blogging process. I’ve mentioned it before, but this time I’ll turn everything into a series and try to go a little more in-depth about each part of my process. 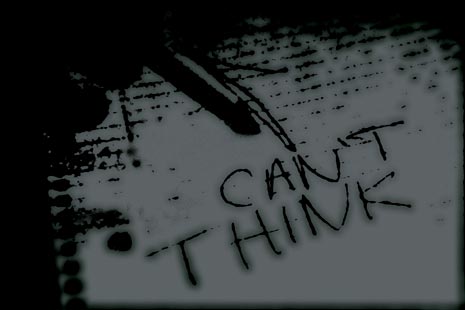 You Don’t Have Writer’s Block

There will be days when the words are flowing easily and other days where the words won’t seem to come at all. The latter isn’t writer’s block. None of us is 100% productive all the time. Like anything, writing takes work and has it’s ups and downs.

It’s like any job you’ve ever held. Some days the work comes easily and you’re very productive. Other days everything is a struggle. You want to be anywhere other than at work. It’s called being human. Professional writers find a way to push through and get something done even on the days they don’t feel like writing. Maybe it won’t be their best work, but they find a way to meet that 5:00 deadline.

I bring this up because I’m no different. I used to use writer’s block as an excuse and I’d wait for the inspiration to come before writing. I’d stare at a blank page and waste time waiting and then move on to something else. It wasn’t productive and it didn’t lead to good writing. After a few thousand days like that I realized a few things.

Some days I have a hard time crafting a single sentence anyone would want to read. I can still do some research or proof something already written. I can still make progress as a writer to move this blog forward.

I developed a process for writing that enables me to always be working on something. I can’t say it will work exactly as is for everyone, though I suspect the basic ideas will work for most anyone. You might need to tweak it a little, but it should work for you. 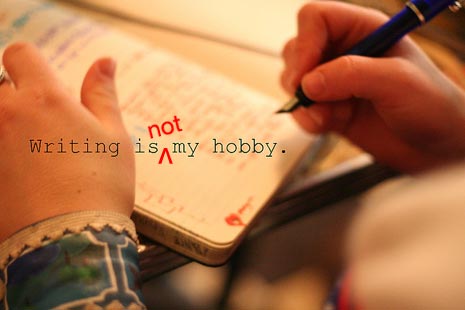 I’ll cover each step below in more detail in the coming weeks, but here’s the gist.

Generate ideas — Set up a mechanism to record ideas. I’m constantly collecting thoughts, links, and images. Most of these will never find their way into a blog post. I spend time each week reviewing the ideas I’ve collected. I toss some out and combine others into new ideas. I also spend a little time planning an editorial calendar.

Outline, notes, and organization — I write better when I have an idea what I want to write about. I grab an idea and start with some simple thoughts about what direction it might take. I then flesh out these thoughts with more detailed notes and reference material. As I do I begin to reorganize everything and firm up the outlined direction.

Write draft — With notes and a direction ready I write. I’ll read through my notes to prepare and then just write. Sometimes this ends up being little more than turning my notes into complete sentences. Sometimes it takes more. I keep the editor away during this phase and give myself permission to make mistakes. I know I’ll edit later.

Edit and proof — I consider the draft a piece of clay that’s been molded into a general shape and now needs to be sculpted into a more finished piece. I’ll start by reading the post making a few corrections and changes as I go to get me into the process. Then I try to look at the big picture and get rid of a section here and adding one there, all the while working my way through the post and rewriting as necessary. I usually end up doing multiple rounds of editing and sculpting.

Design the post — This last stage is a bit of design. I look for or create images to add to posts. I add links to some of my older posts and to articles I found during research. I may add or remove whitespace through headings, lists, and anything else that I hope will make the post more interesting visually.

When I first started this process I would strictly work on each aspect separately, never doing more than one in a single day for a single post. Having been at it awhile I now work some of these at the same time. The one part of the process that always remains separate is writing the draft.

One thing I should add is you need to make writing a habit if you really want to be successful. I make writing a part of my day. I warm up by replying to emails and forum posts and then I commit some time to work the process above. I’m more productive some days than others, but I’m always productive. 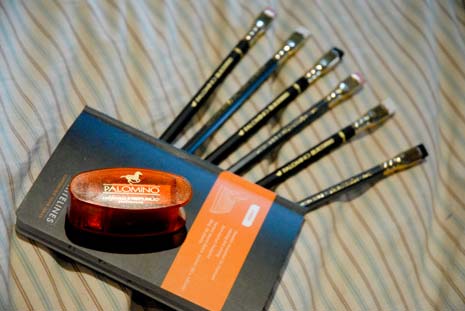 Too many people wait for the muse to arrive before they write a single word. The problem is the muse is elusive and doesn’t come by often without some prodding. When the muse isn’t there waiting when people are ready to write, they sometimes claim they have writer’s block. They don’t. They’re just making excuses

You can create an environment to encourage the muse’s arrival and on days the muse refuses to show you can still get things done. You might even be surprised how often the muse arrives when you’re working on other parts of the process. The muse doesn’t like to be ordered around, but it doesn’t like to be ignored either.

Next week I’ll go into more detail about how I generate ideas and how I comb through all my collected ideas for the ones that become published posts.