You are here:
Home / Blog / Blogging / 3 Ways To Fill The Blank Page And Overcome Writer’s Block

Staring at the blank page brings fear to many writers. The empty space is calling, but you don’t know where to begin. You have no direction to proceed and are hoping the muse will strike and instantly give you the post in full. That rarely happens. Fortunately there are ways to begin filling up the blank page and turning an idea into a post.

So far in this series I briefly mentioned my entire process for blogging and last week took a more in-depth look at how to generate ideas. Today we’ll consider what to do when you’re faced with an idea and a blank page. I’ll talk about how I use outlines and research to create notes that will become a blog post. 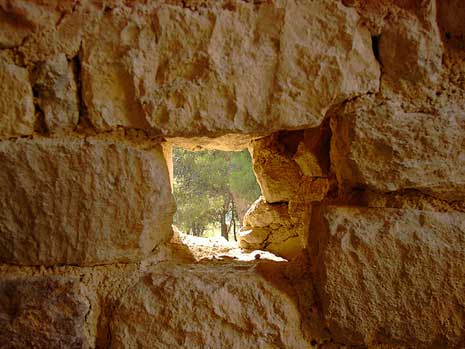 How to Overcome Writer’s Block

It’s in this stage of the process where writer’s block enters the picture and I think it’s because many, when faced with a blank page, are trying to envision the finished piece before writing a single word.

You don’t see the finished post and think the muse is supposed to hand it to you. When that doesn’t happen you say you’re blocked. You might be amazed though, at how quickly you can become unblocked if you simply put down a few marks on the page.

Creating an outline or jotting down some notes is easier than writing a finished piece. You know what you’re writing isn’t permanent or going to be seen by anyone so you don’t have the same fear. You don’t have to be perfect and as result you’re free to create.

A funny thing happens when I start adding random thoughts to the page. One thought leads to another and then another and before I know it the muse shows up wondering what’s going on. He gets jealous when you start working without him and joins in to make sure he gets some credit for your hard work. 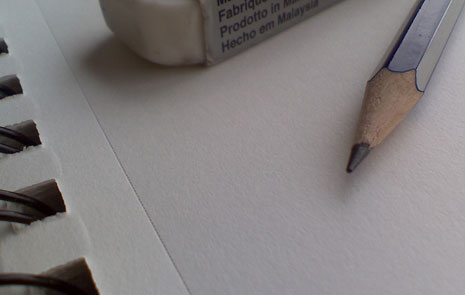 3 Ways to Fill up the Blank Page

While I’ll talk about each part of this stage separately they all happen together and in interchangeable order. If a post idea is completely empty I’ll start with a brief outline, but often I made a few quick notes when I recorded the idea and I probably have some links to sources along with the idea as well.

These 3 parts all work to shape each other ultimately providing a direction and material for which to write a draft. 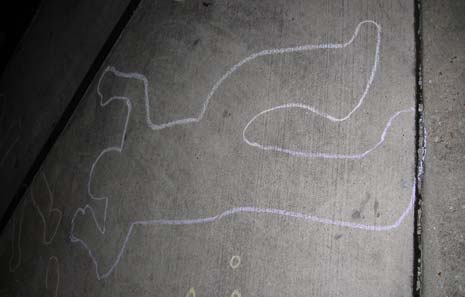 We talk about hierarchy all the time in design. Visual hierarchy, hierarchy in your code, and most importantly hierarchy of content. Your outline creates a hierarchy for your writing. It becomes your title, headings, and subheadings, and if someone were to read nothing more than those they should come away from your post with the key points.

When I create an outline I simply jot down a few quick thoughts that I think will be the direction the post takes. It may change later, but by forming some kind of direction it gives me a road to start walking down. Here’s my original outline for this post.

It’s rather simple. I assume an intro and summary and then fill in the meat of the post, which here is discussing the 3 part of this stage in my process and then how they work together. You can see the post doesn’t follow that exact outline, though it’s pretty close. The outline isn’t meant to be anything finished. All it has to do is make a blank page less blank and give me some direction to proceed.

Once a week or every other week, I’ll go through many of my ideas with blank pages and jot down a quick outline. I probably spend no more than 5 minutes on any of them. It’s part of my idea review process. If I can’t think of 4 or 5 things to list about an idea in an outline, it probably won’t become a post. 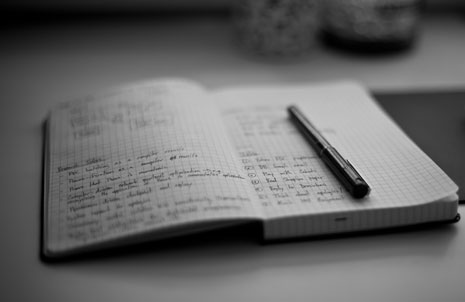 With an outline in front of me, I add a few carriage returns in between each item and start making notes. Under each section I’ll simply write down any random thought that comes to mind. I don’t worry if the thought makes sense or belongs in that section of the outline. I just want to get some thoughts down and flesh out the outline.

Sometimes my notes are full sentences. Other times they’re bits and fragments. Each is simply a possible idea I’ll write about. Here are my initial notes for this section of the post.

Can you see how those notes became this section? Again it’s nothing complex. It’s a stream of consciousness thing where I write down whatever comes to mind, which invariably brings other things to mind that I then write down.

As I add more notes I start seeing better ways to organize the post and adjust my outline if necessary. I may move notes around between sections and reorganize them within each section. It’s a back and forth of writing down thoughts on the page and then organizing those thoughts as needed. 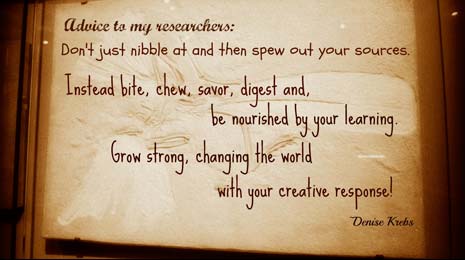 Not every post I write requires research. This series on my blogging process is something that comes from me and so little if any research will go into it. I already know the process and don’t need additional information.

The series I’m currently writing on responsive design is another matter. Much of that series requires a great deal of research into what others have learned. Most “how to” posts here likely had research as a key ingredient.

The research I do could come at any time. More often than not it started the moment I had an idea as it was likely another post, magazine article, or chapter from a book that led me to the idea. Since I create a new file for every idea, I have space reserved to collect resources before I ever start an outline.

The idea for the responsive series came about 6 months ago. As I’ve come across articles about the different topics in the series I placed a link to the resource into the appropriate file. As the list of resources grows I try to organize them a little to create the beginning of an outline.

Sometimes I don’t have those resources before writing. In those cases I’ll outline and make notes and then look to which sections of the post I need to better understand. I’ll head over to a search engine and start searching. I try never to settle for the first thing I see and I do my best to find multiple independent sources, though it’s not always easy.

The resources I gather feed back into my notes. As I read through an article I take notes. I’ll copy snippets to quote and rewrite things in my own words to better understand what I’ve read. This research also helps shape my outline, suggesting new sections and sections that aren’t as important as I initially thought. 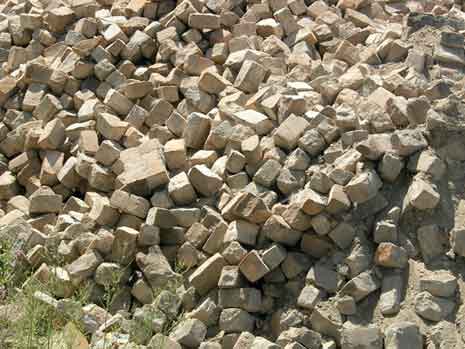 Often it’s the fear of filling up an intimidating blank page that leads writers to think they’re blocked. You hope the muse will instantly produce the perfect post. When it doesn’t happen you feel blocked.

I don’t think that’s writer’s block. I think that’s a lack of preparation. It’s trying to write a finished piece before you know what you want to say. Instead of writing the finished post you can create an outline, make notes, and do some research to be ready to write.

There’s nothing to fear since what you’re writing down isn’t etched in stone. It’s simply a way to get started and give yourself a direction to explore. No one will read your notes other than you.

Without having really “written” anything, I’ve thought through a post idea, given it a direction, fleshed out that direction with plenty of things to write about, and collected the resources that help me better understand the topic. Again all without having to face the idea of “writing” a post.

This preparation not only smashes through writer’s block and gets you past the fear of the blank page, but as we’ll see next week can make writing a draft little more than turning your notes into sentences and paragraphs.

Do you prepare prior to writing a post? Do you know what you’re going to say when you sit down to write or do you attack the blank page hoping what you want to say will come?