The recent firestorm over SOPA and PIPA has me thinking more about the way I use images here on the site. I think i use images created by others fairly and in a way that respects ownership, but I wanted to share how images make their way into my posts to open the discussion and to make myself a better citizen of the web.

Like many people my frame of reference and natural bias to favor myself suggests I don’t do anything wrong. Much of this copyright conversation crosses into murky gray though, and I’m sure I could do better than I currently do. In turning the tables on myself I hope to push myself to get better at respecting the works of others and their creators. 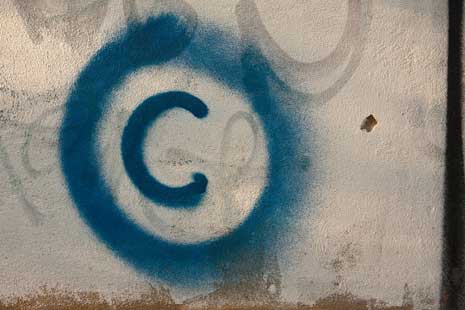 Where Images On This Site Come From

There are always exceptions, but for the most part if you see an image in a post here it comes from one of a small handful of sources.

The first I clearly have the right to use since I created the image and own any copyright on it. The last you may wonder about since it really isn’t acceptable to use every image you find through a general search. I’ll explain more how I use search in a bit. The two sites in between seem ok on the surface, but are they?

Created by me — If I could, I’d only use images that I create or photographs I take. Unfortunately I don’t have the time and sometimes lack either the skills to create a specific image or access to what I want to photograph.

I think you’d agree that I’m entirely within my rights to use any image I create in a post.

Flickr creative commons — This is usually my first stop when looking for images. Flickr provides a search for creative common images on their site. I forget who first pointed me to it, but I’ve been using it as long as I can remember.

Years ago I used a plugin to search Flickr, grab the image, and add the code to the post. However the code itself was poor and some of the images have been removed from Flickr, leaving a hole on older posts. Now I download the images and resize them before uploading to my server.

I always provide a link back to the image on Flickr, though I generally don’t add any other information. Flickr does provide embed code for images and in many cases the code is essentially the same as what I use here. The main difference being in the location of the image. I probably could add a caption next to each image mentioning the creator. It’s likely not necessary, but it might still be a nice way to respect the author.

Another area where I could improve is to be better about which creative commons license an image is released under. Not all CC licenses are created equal and each has different requirements for using the image. I haven’t been as thorough here as I should be and really should be more diligent in choosing images under the license that best suits how I’m using the image.

Deviant Art — I like a lot of the work at Deviant Art and a big part of why I grab images from their site is to help promote the artist who created it.

My process is the same as above in that I download, resize, and upload the images and provide a link back to the image page.

Until recently I had never found any licensing information on the site, though I know many sites do grab images from Deviant Art. Recently creative commons information started appearing on some image pages.

I’ve found images at Deviant Art to show one or more of the following.

Since the creative commons information started showing up, I’ve been trying to use less of the other types of images, though I still use images as long as they provide embed code. I don’t use the code provided since it’s awful. It displays the image inside a Flash file along with links below the image to the image page, the artist’s bio, and the Deviant Art home page.

My thinking is if embed code is provided, it’s ok to embed the image, even if I don’t use the embed code given. Again I provide a link back to the image, though I could be better about checking where the provided embed code links to and including all those links.

If there’s no embed code or cc license, I assume the author doesn’t want their image displayed elsewhere and naturally if the author specifically says not to use the image I won’t use it.

Where I could be better is in mentioning the author’s profile name and linking to that profile as the embed code does. I could also be better about understanding which creative common license an image is distributed under.

General image search — There are times I’m looking for an image that I feel confident is copyright free. A picture of the Mona Lisa for example is likely ok to use. Along with Google and Bing I’ll search Wikipedia as many, if not all, of the images used there fall under creative commons.

As with the other resources my process is to download, resize, and upload to my server.

With the images I find through Google or Bing I’m only using things I think reasonably fall under Fair Use. Unfortunately Fair Use isn’t so well defined. I try to stay far, far, far away from the line, but I can’t honestly say I know exactly where the line is.

As with the other options I could be better in understanding the different creative commons licenses used by Wikipedia as well as presenting the images more how they want instead of how I want. I could also be better about understanding Fair Use and figuring out roughly where that line is so I can safely avoid getting too close. 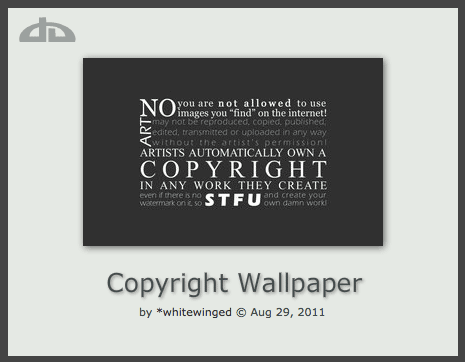 Copyright Wallpaper by *whitewinged on deviantART

It’s Not Always Clear What Is and Isn’t Allowed

While I think I could do better in respecting copyrighted works, I also think the copyright holders could sometimes be clearer in what is and isn’t acceptable.

Attribution — You must attribute the work in the manner specified by the author or licensor (but not in any way that suggests that they endorse you or your use of the work).

I’ve yet to find a single author make that specification. Is a link to the original enough? Is it required to show the author’s name on or near the image? If no mention of what constitutes proper attribution is mentioned it would be hard to argue anyone is in violation of the clause above.

Above I mentioned the different information that image pages display on Deviant Art. Consider the image above this section. If you read the words (click through to the original if they’re too small), it’s clear the artist is tired of people grabbing her work. If you read comments on the image page the point is further made and on the artist’s profile page there’s a very clear message that you can’t use her work without permission.

And yet to the right of all her images is code to embed the image.

Where fair use is concerned can the average non-lawyerly person reasonably understand what it is. From the copyright.gov site

The distinction between fair use and infringement may be unclear and not easily defined.

The Wikipedia article on fair use says

Granted the Wikipedia is hardly the final word on what’s legal. I’m pretty sure though that most of the posts I’ve written would qualify as at least of the example types cited.

I too could be better about specifying what you can and can’t do with any images of my own which, I display on the site. 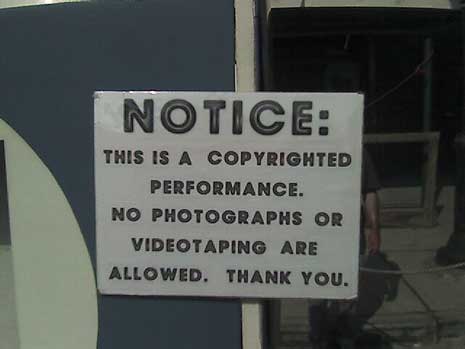 Is It Necessary To Protect Your Work?

I’m writing this post because I want to do better, but let’s face it many people don’t. I’m sure within minutes of this post being published it’ll be reproduced in its entirety on a site, probably somewhere in Southeast Asia.

When it first happened my immediate response was to feel angry. Over time I’ve gained a new perspective. It would probably cost more to prevent this copying than any damage it might actually do.

Instead of being angry I thought how could I use the situation to my advantage. I make sure every post includes absolute links to other posts here. It leads to free, albeit low quality, links and helps search engines understand where the original content is located.

Instead of worrying about how another site was ripping me off, I focused on my site and what I could do to improve it.

The only copy protection I need is the fact that tomorrow’s comic doesn’t exist yet and my brain’s the only place that bakes that cookie.
R.Stevens on Kickstarter. Found via Frank Chimero 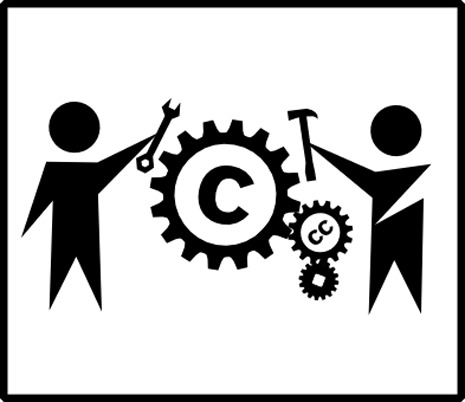 Copyright Machine by *doctormo on deviantART

There are plenty of sites that don’t respect copyright at all and it’s unlikely any are going to read this post or care about the rights they’re violating. There are probably more people that want to use images and other media respectfully, but fall short in some ways.

I try my best and think that I’m doing a reasonable job, but I imagine there are images I’ve used here in a way its creator may not approve.

This post exists in part to remind me that I should look again at my process for adding images here and see what I could do to better respect those images and their creators. Hopefully it’s also made you think a little more about where the images you use come from and if you could do better as well.