You are here:
Home / Blog / Whatever / My New MacBook Air

Yesterday I woke up, started the coffee maker, and proceeded to open the lid on my MacBook Pro. Until that moment it was like the start of most every other morning. The fates had a different plan for the day. My laptop decided yesterday was a good day to die.

For about a month it’s had a weird issue when waking it from sleep. Sometimes the lighting wasn’t working right giving off a spotlight effect. Yesterday the light didn’t work at all. Normally a restart fixes the problem, but not yesterday. I wasn’t going to be working on the laptop it seemed. 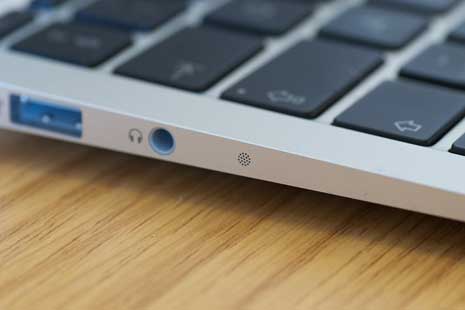 The Need for a New Laptop

After a call to tech support it was obvious I’d need to take the MacBook Pro into the local Apple store. Best case scenario was they could fix it in store and have it back to me in a day or two. Worst case was it would need to be sent elsewhere for repair and possibly not be back to me for 10 days.

Had it been the former I might have tried to see if I could work exclusively from my iPad for a few days. I had already responded to email, administered my forum, and read the day’s feeds All normal morning activities for me.

The latter part of this week is going to be light as far as the different type of work I needed to do. The tools I needed were all available on the iPad. It might have made for an interesting experiment.

The thought of being without a computer for 10 days and the likelihood it was going to be the case, meant I was probably walking out of the store with a new laptop.

As it turned out that’s exactly what happened. 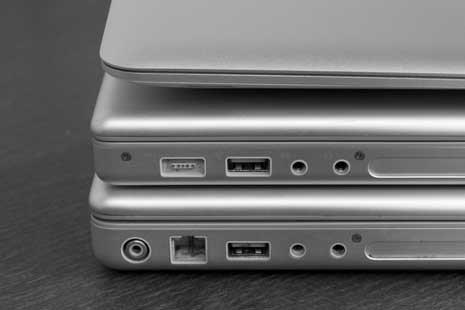 Had you asked me a year ago what my next laptop would be, I undoubtedly would have replied a 15 inch MacBook Pro. It’s what I’d been happily using and I would simply give it an upgrade of a few years.

However when the new MacBook Airs appeared last fall I knew I wanted one. The design of the case was beautiful and while case design isn’t necessarily the best reason to choose a computer, I knew I would enjoy working on a laptop with that design more than one not of that design.

Beyond aesthetics I like the idea of removing the optical drive and selling it separate makes sense. I also found Flash memory appealing. Both are likely to be more common in the near future.

You can tell from the title of this post what I decided, but as I walked in the decision was anything, but made.

The glare turned out to be a non-issue. There’s a little glare when viewing the screen at and angle, but when looking directly at there’s little to no glare at all.

Size doesn’t appear to be an issue either, though I still need to get used to it. Keys are in slightly different positions for example and I find myself hitting the wrong one here and there. A few days of use should render it another non-issue.

This MacBook Air, while not as powerful as the new MacBook Pro is still more powerful than the MacBook Pro I was working on. If that machine could handle my workflow this Air should be able to as well.

The truth is I won’t really know what I think until I’ve had a chance to use it. What ultimately led me to walk out with the Air is that I can return it within 2 weeks and buy the Pro instead. 1 week should be enough time to know if that’s necessary. 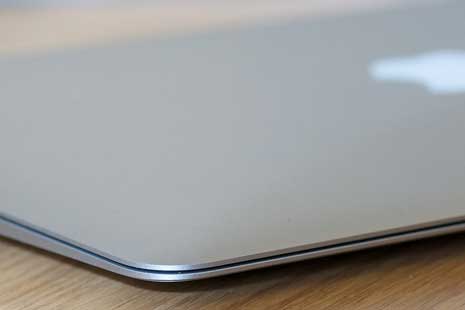 Getting the Air Ready for Production

I didn’t have much chance to use the Air yesterday. First I needed to get it as production ready as possible as soon as possible and that meant loading all my data and applications.

In the past I haven’t always been good about backing up, but I learned my lesson and the entire contents of my old laptop were awaiting transfer. I had wanted to pick and choose to bring over to the new Air, but it turned out I had to do a full migration.

Migrating everything took the entire afternoon and evening, which accounts for the lack of use yesterday. On the positive side this laptop is now setup near exactly how the old one was. I’m already productive.

There are a few things that need some tweaking like my bookmarks not coming through to Safari. An easy fix that’s been done, but I know I’ll discover a few more like it over the next several days.

Today is really the first day using the Air.

So far so good. Outside of something unforeseen, I expect it will be my primary laptop for the next few years. However it’s always possible I’ll have a post a couple of weeks letting you know why I swapped the Air for a Pro. 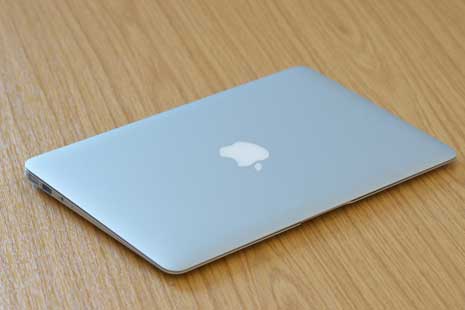 That was my day yesterday. Not a productive one at all as I was without a working computer for most of it. I’m back to work today and will be testing my new Air for the next week.

If anyone is interested in what I think of the Air after having had a week or so time’s using it let me know in the comments. If there’s enough interest I’ll write up a post with my thoughts.