When designing websites and other applications are there ways we can guide users to make correct choices, help them interact with our systems, and generally make our systems more usable? A variety of strategies exist to improve our interface designs and today we’ll talk about 2 of them.

Last week we looked at errors in general. We looked at the different types or errors one could make and what might cause them. We also looked at general strategies to help prevent and minimize the effects of errors and talked in more detail about one of those strategies, affordance. This week we’ll look at two more strategies in detail, mapping and nudging.

First a quick reminder of all the strategies we’ve covered and will be covering in this series of posts.

If you remember affordance was about designing things in a way that makes instructions as unnecessary as possible. Ideally the design of an element alone is enough to understand how to use it. Mapping is a similar strategy to affordance in that good mapping makes it easy to use the controls of a system without instructions.

Let’s dive in to discussing mapping and see how it works. 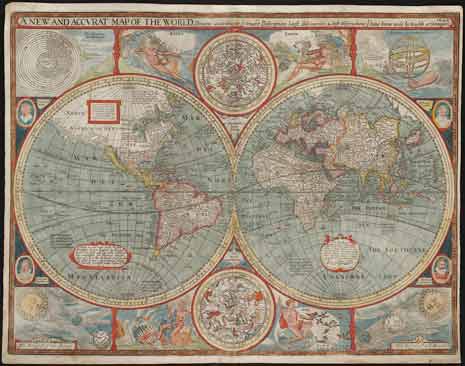 Mapping is the relationship between design controls, their movements, and their effects. Good mapping between controls and their effects leads to greater ease of use. When the effect of the control corresponds to expectations about the function of the object being controlled, mapping is good . 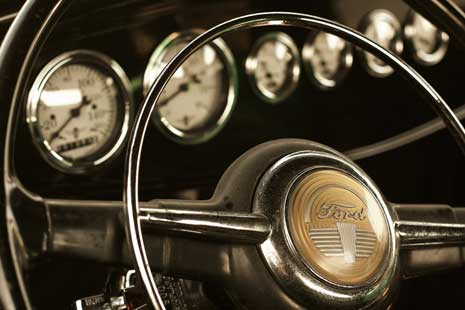 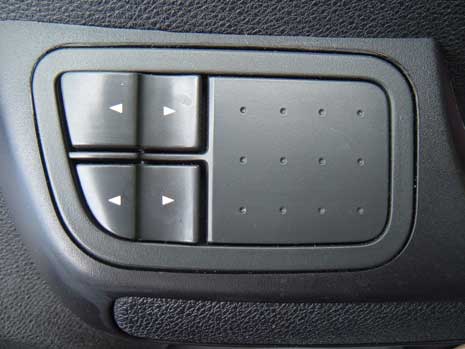 Consider the switch controls that raise and lower a car window shown above. When placed on the door moving the switch up raises the window and moving it down lowers the window.

When placed on the armrest which direction raises the window? Forward or backward? In the image above can you easily tell which way to press the buttons to move the window up or down? With the switch on the armrest the mapping isn’t as strong.

Good mapping is primarily a result of similarity in one of three things. 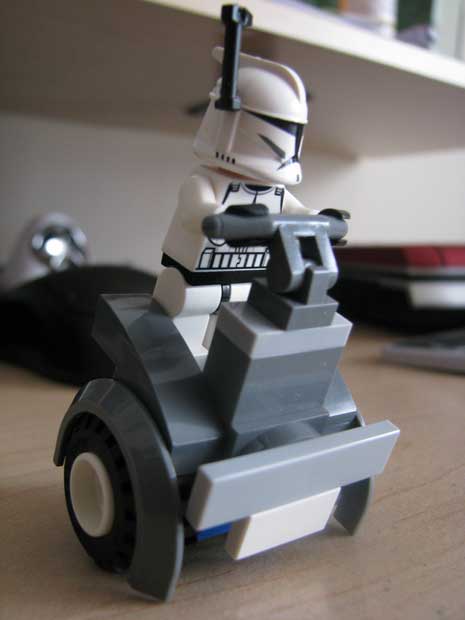 Another example of good mapping is the Segway. Lean forward and move forward. Lean backward and move backward. No instructions necessary.

The image below shows a stovetop with good mapping between controls and functions. A quick look makes it easy to determine which knob controls which burner. 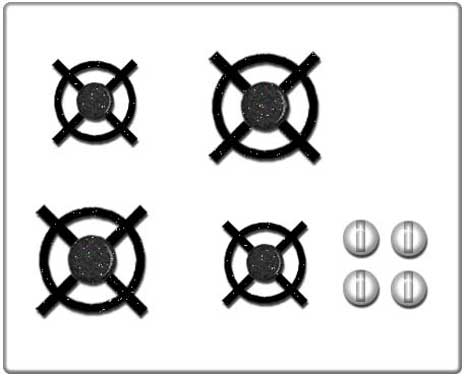 It’s best to avoid using a single control for multiple functions if possible. It’s difficult to achieve good mapping with a one to many relationship. However when it can’t be avoided try using distinct modes to indicate which is the active function. Perhaps different colors for different active functions.

Also be careful with conventions due to cultural differences. In the U.S. moving a light switch up turns it on and moving it down turns it off. In england the opposite is true.

When mapping is done well controls and interfaces are intuitive (PDF) to use. 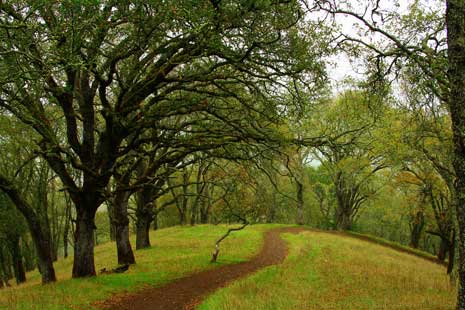 Nudging is a method for altering behavior in a predictable way without restricting options and without significantly changing incentives. You allow the user to do what they want, though you subtly guide them to taking certain actions or choosing certain options.

Most employees would likely want to be part of the plan and contribute since it’s for their own benefit. A nudge that signs them up by default, while still allowing them to opt out, makes this more likely to occur.

There are several common ways to nudge. 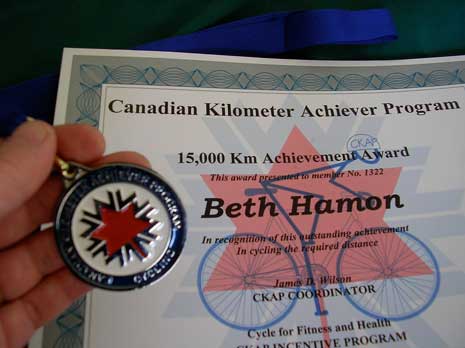 When behavior modification is important nudging can be an effective way to achieve that modification. With defaults make sure to set them to correspond to the most desired outcome and not the most conservative outcome. The default is the path of least resistance and most people will leave them. Feedback should be clear, visible, and immediate and should reinforce the desired action, while mildly punishing the undesired action.

Offer more incentives for performing the desired action, while being careful to avoid conflicts in incentives. Offer clear choices in a simple structure, especially where decision making is complex. Offer clearly visible goals and performance status.

While it’s hard to read below (click here to see it full sized), the image is a series of notes for using tv to give incentives to people to recycle. 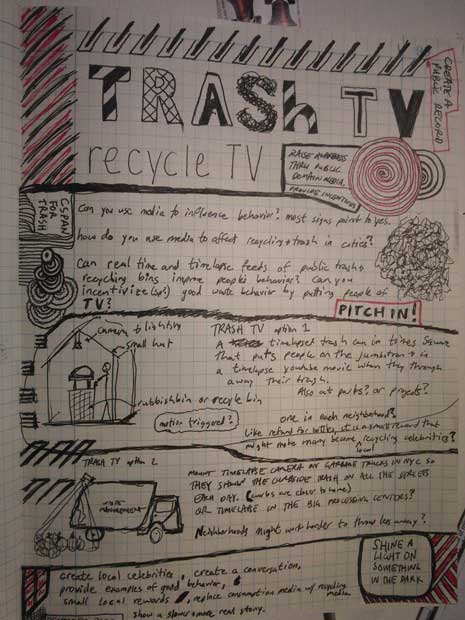 Nudging can be a useful way to subtly alter behavior toward desired choices by aligning the path of least resistance with the most desired outcomes. 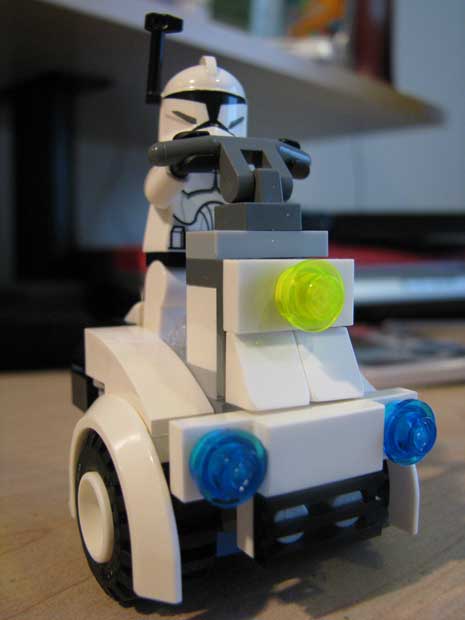 As I mentioned last week we’d prefer people not make errors when interacting with our designs. It’s going to happen though no matter how hard we try to prevent it. We can’t counter all errors, but we can help prevent many by guiding users toward correct actions.

Two ways we can help reduce errors are mapping controls to their effects as well as possible and nudging people toward desired actions.

Through similarity of layout, behavior, and meaning between control and effect we create good mapping and with well mapped controls we make it more obvious how someone should use our design. Much like affordance,when mapping is well conceived it’s hard to see how those controls could be used in any way other than the correct way. No instructions should be necessary.

Nudging on the other hand is a way to guide users toward better results. By setting defaults to desired outcomes, offering feedback and incentives, providing structured choices, and making necessary controls visible, we help people take the actions they most likely want to take. We lead them down a path of least resistance that is aligned with their goals.

So far in these posts we’ve been talking about strategies that help people make correct choices and take better actions. We’ve been leading people toward desired options at results. Next week we’ll take a look at strategies that prevent errors through making it more difficult for them to occur.

We’ll consider the ideas of using constraints to limit incorrect actions and confirmations to help people avoid mistakes. We’ll also look at the strategy of building forgiveness into a system to help minimize the damage from the inevitable errors that will occur.