You are here:
Home / Blog / Web Design / The Framing Effect: Influence Your Audience By Setting The Context

Is the glass half full or half empty? How does seeing it one way frame everything else you later decide about both glass and water? Would seeing it the other way change your view?

Imagine you and I are walking across the desert with a single canteen. You’re thirsty and ask me how much water we have left. I look and tell you not to worry, we have plenty. The canteen is half full. You take a drink. Or maybe after looking I mutter uh oh under my breath with a worried expression and tell you the canteen is half empty. You decide to wait a little longer for your drink.

In either case there was exactly the same amount of water in the canteen, however my reaction and determination of how much water is in the canteen frames the situation. It gives a context to a canteen half full and half empty. That frame, that context, alters your decisions and judgements about the canteen, the water inside, as well as your behavior when it comes to taking a drink.

Framing is used exceedingly often in politics. One side sets the context for passing a bill as the end of humanity while the other side frames the situation of not passing the bill as the end of humanity. If you really want to understand how framing works study a political election in great detail as objectively as possible. Learn the facts and then watch how both sides present those facts to you in order to influence you.

The context in which information is delivered shapes assumptions and perceptions about that information. Information taken out of context is often meaningless. Information within a context, within a frame is altered by that context and frame.

People reach conclusions based on the framework within which a situation is presented.

When people are exposed to multiple and conflicting frames it causes cognitive dissonance and the framing effect is reduced and neutralized leaving people to rely more on their own internal frames that have been created over time.

A frame is a reference point for all future decisions and judgements. Frames set expectations, which leads us to… 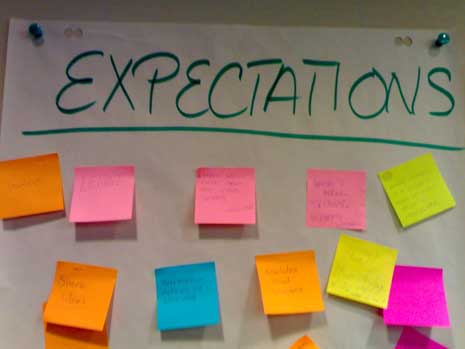 The expectation effect is the idea that perception and behavior change as a result of personal expectations or the expectations of others. Once a person believes something, the belief alone creates the possibility that it will happen.

Some examples of the expectation effect that may be familiar to you:

In order for the expectation effect to come into play the expectations set must be credible. It’s important that we believe something may happen in order to to create the expectations that influence us. Think again about the framing effect for a moment. A large part of framing is setting expectations by placing information inside a certain context.

A credible presentation will lead to the expectation effect in about 30% of any audience. Being somewhat vague helps as it leads people to interpret things based on their internal expectations. Think about astrology or psychic predictions. Both are presented vaguely. You interpret them with your own expectations altering your behavior to the degree where the predictions come true.

The expectation effect is temporary in nature. Any changed behavior reverts back to a baseline after a time, which leads us to… 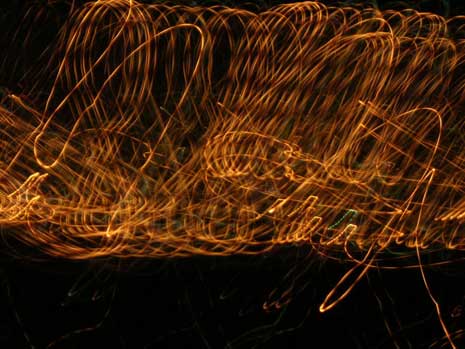 The exposure effect, also called the mere exposure effect, is the idea that repeated exposures to things that we have neutral or positive feelings about increases the likability of those things. We favor the familiar and mistrust the new and different. Repetition breeds familiarity. We develop preferences for things simply because they are familiar

The exposure effect is one of the basic concepts behind advertising. You see an ad in a magazine or a commercial on TV over and over again and after a time become more likely to buy the product being advertised.

Repeated exposure to an ad works better than a single exposure. For most businesses you’re better off buying a small ad in the same location in the local paper every week for 6 months than you would be taking out a full page ad once.

It’s important that the perception to the stimuli being repeated is neutral or positive. Repeated exposure to negative stimuli will more likely amplify the negative perception.

The strongest exposure effect is seen with photographs, meaningful words, names, and simple shapes. The weakest effects are seen with icons, people, and auditory stimuli. Complex and interesting tends to lead to a stronger effect than simple and boring.

As the number of exposures and the duration of each exposure increases, the effect begins to weaken. There’s a point of diminishing returns. Familiarity can also breed contempt. Brief and subtle (subliminal) exposures work best, especially when each exposure is separated by some time. The effect will be strongest for the first 10 impressions.

Once again let’s think back to the framing effect. Framing is not a one time thing. You often build a frame over time with repeated exposures to the context you’re trying to set. A series of small and consistent messages can build a frame that will be seen in either a positive or negative light.

Think branding. Branding makes great use of the exposure effect. The more exposures to your brand (assuming your brand is initially seen in a neutral or positive light) eventually leads to a more positive perception of your brand. You create a positive message that builds a frame and your consistency with that message increases the exposure leading to more positive associations with your brand.

The Effect of Design

Hopefully after reading through the above you can see how each of these three effects can be put to use in your designs to influence your audience. 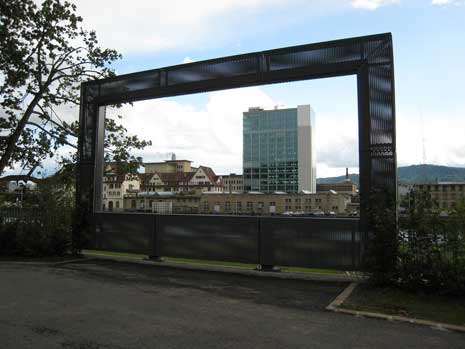 Visual design is framing. Your design sets a mood, creates the emotion, and puts your audience in the right frame of mind to absorb the message. Your visuals set the context for the message. The initial impressions your design conveys frames everything that comes after.

The frame you create needs to be credible. It needs to be based on reality. You can’t make up a story that isn’t true and expect it to stick. The more in harmony your visuals are with the company message the better the frame and the stronger the framing effect will be.

On a different note think about how your design can create a positive experience for your visitors and what kind of a frame that positive experience builds. Is your site usable? Is it enjoyable? Does it make people want to spend time on the site and come back for more? Yes or no, what do you think people will tell others about your site and what kind of frame will that build for those people? 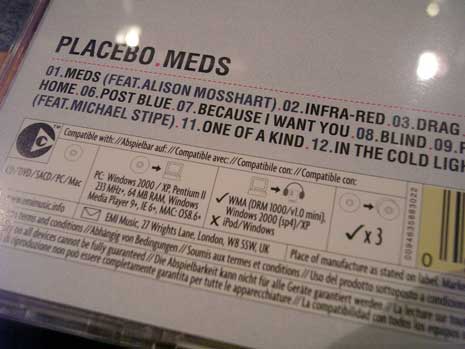 Set expectations for your audience in a credible way rather than letting them form their own unbiased conclusions. Don’t lie, but do nudge them toward the conclusions you want them to draw.

You hear all the time to talk benefits over features. Features don’t set expectations. Benefits do. Try to get people to imagine themselves using and enjoying your products or services. It will set a positive expectation in their mind.

When it comes to usability think conventions. What are conventions? They’re expectations about how something will behave. In regards to testing be careful about influencing test subjects by setting expectations for them. As designers we’re naturally biased in favor of our designs. We don’t want to pass that bias on to those testing our designs and have them react in ways they think we expect them to react.

The expectation effect has limited duration. Frames have a more lasting effect when built over time. Increasing exposures helps both.

Repeat calls to action across pages instead of leaving them in a single place to increase exposure. Expose people to your message on and off your site prior to forcing the call to action on them.

Be subtle. Too much in your face message weakens the effect. You don’t need to always push the buy message at people. Show them images of people enjoying your product without asking them to buy. Weave happy testimonials through your site. Offer subtle mentions from time to time in blog posts that your visitors will be happy with your products.

When it comes to advertising remember that there’s a diminishing return to exposure. Think ad blindness. Mix up where you advertise and remember the exposure effect is strongest for the first 10 or so impressions and that placing some time between exposures also helps strengthen the effect.

With new and different designs expect some resistance if your design deviates enough from the norm. Be aware that usability conventions work in part because people have been exposed to them time and again. We mistrust the new until we’ve seen it enough for it to become familiar. Consider most any famous artist or revolutionary thinkers throughout history. Many were heavily criticized during their lifetimes. Exposure to their “radical” ideas led to familiarity and eventually a more positive critique.

Let me share some advice I recently read on launching a new product. My apologies to the person who offered the advice since I can’t remember where it came from. I think it was Brian Clarke, but I’m not entirely sure.

Now think about the above in terms of the three effects we’ve been discussing here. Your repeated discussion about the problem and solutions increases exposure. Your mention of the inadequacies of existing solutions sets negative expectations for them and indirectly sets positive expectations for any solution that overcomes these inadequacies. By the time you launch, you’ve built a positive frame as the context for your product. The combination of all three should have your audience predisposed to wanting to buy your product at launch.

The framing effect, the expectation effect, and the exposure effect are three very powerful ways to influence people in your favor, especially when all three work in combination.