You are here:
Home / Blog / Freelance / How To Fit Creative Work Into A Productivity System Like Getting Things Done (GTD)

Creativity and productivity thrive under different conditions. What improves one, hinders the other. How then do you incorporate creative work into a productivity system like Getting Things Done (GTD)? 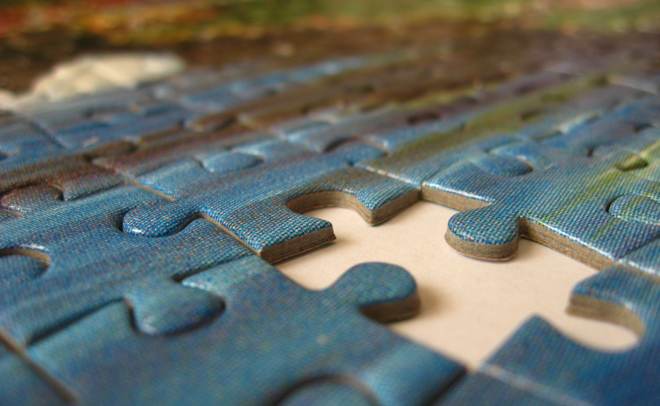 For the last few weeks, I’ve been talking about productivity. I started by talking about focus and followed that up with an overview of GTD. I also talked about the difficulty incorporating creative work into any productivity system before talking about how I set up Things to work with GTD.

That leaves one last topic in this series on how I tweak Things, GTD, and my daily and weekly schedule to incorporate creative work into my system and routine.

Note: If you haven’t already, you may want to read last week’s post before this one. Even better would be to read the entire series. There are some things I don’t explain here, because I’m assuming you saw the explanation in one of the previous posts in the series.

Tweaking the System to Schedule the Work Day

In last week’s post I mentioned two issues that make it difficult to assign creative tasks and projects to a productivity system.

Separate well-defined and fuzzy tasks to treat them differently.

The first issue is that creative tasks and projects are difficult to define, while GTD expects well-defined tasks. The second issue is time and the difficulty estimating how much time you need to complete creative work.

I should point out there are non-creative tasks that can be difficult to define as well. Even though I’m talking about creative and non-creative work in this post, it’s more correct to talk in terms of fuzzy and well-defined work.

The start to overcoming both issues above is to treat your well-defined (non-creative) tasks and your fuzzy ones (creative) differently. Identify which of your work can be defined in task sized chunks and which can’t. I create new items for all kinds of tasks and use tags to separate the well-defined and fuzzy.

Both go into the system so when I want to choose a task from the Next view I can find and choose something to work on based on my situation and criteria for the task. However, I don’t usually work in the Next view as I mentioned last week.

Instead I choose the two or sometimes three main projects I want to focus on during the week. One might serve as backup to the other two. One project is usually this blog. Others include sites I’m working on or articles I’m writing that will be published elsewhere.

I break down the day into four blocks of about two hours each. The time depends a little on what I’m working on and how long I work for the day. Every day starts with me deciding what are the three or four main things I’ll work on that day and during which blocks I’ll work on them.

There will be a task (or several) associated with each thing I plan to do and I’ll move these to the Today view in Things.

For this blog a task might be editing or writing posts. For a site it might mean developing a template for a section of the site or working out a grid system. These “tasks” (they’re more subprojects) might span multiple days.

I view the blocks of time as flexible. I fill them with what I think I’ll do, but I don’t see it as a rigid structure for the day. I tend to do more writing and administrative tasks before lunch and more design and development tasks after, though it depends on the specific work I need to get done.

Each block doesn’t have to take two hours. Block 1 above probably takes an hour though it could run an hour and a half depending on how much maintenance is needed. If I finish the morning tasks and have time left before lunch, I’ll look to the Next view in Things and choose something to work on.

It might be more writing if I’m in the flow or it might be a handful of short tasks I need to get to. Occasionally I’ll start the afternoon work early. It depends on the day and the criteria for each task just as GTD intended.

The above works well when I complete a block of tasks within my time estimates or quicker than the estimates. If only I could finish everything within the time I think it will take.

For certain work like writing a draft I usually need to prepare a creative environment, which for me means starting on the creative task for a couple of minutes and then doing anything and everything to avoid it for a time. I might get in some busy work or I might read beyond my morning coffee.

I try to keep an eye on the time to not let this preparation last too long, but it’s hardly consistent and so hard to schedule. I know to allow time to get into a writing flow, but since I don’t know how much time, I overestimate. I give myself an hour when all I might need is 20–30 minutes. Time saved is time I’ll turn to the Next view later in the day.

Because of the prep time, I try to schedule writing tasks together. This way I don’t need additional preparation. If what I’ll be writing differs significantly between tasks, I may need a break between them and some variation in how I prepare.

Some days I’ll be in a flow and not want to stop. Yesterday was one of those days. This post you’re reading is the last in a series. My plan for yesterday was to write a draft the second post in the series and then see how far I could get on the next one before lunch. Then I would switch to another project in the afternoon.

Instead, the writing was going well, so I dropped my afternoon schedule in favor of more writing. I wrote drafts for the remainder of the series.

Another day I might be sketching, developing a concept or coding a site template. Whatever it is, if I feel in some kind of creative or productive flow I don’t stop. I’m more productive when in any kind of flow.

It’s taught me not to schedule time sensitive tasks after lengthy ambigious tasks because I may never get to the time sensitive ones. Any creative or vaguely defined task could be the last thing I work on that day.

Breaking Free from Things and GTD for Creativity’s Sake

Sometimes I break from using Things or GTD entirely. For many projects I find it easier to start by creating a list of to do items in a text file. Sometimes I’ll turn list items into tasks in Things, but sometimes I won’t. I’ll create one vague task like “clear up to do list” for the project and then work from the text file.

I’ll sometimes do similar in the notes section of a Things task. The notes section becomes my to do list text file. The single placeholder task works better for me when finishing all the to do items will take a few days and I don’t know which I’ll work on till I’m working on them.

One other thing I’ve noticed is any project that requires long term focus can drain you. You direct so much of your mental energy towards a single, large goal and when the project is finally done, the mental energy well is running low.

I tend to need some time before I can refocus on the next big project. It helps me replenish. Having a system to do most of the thinking about what to work on helps. It supplies some of the mental energy I don’t have.

I hope you enjoyed this series. Over the years, I’ve found having a productivity system in place and using it, does help you become more productive. Duh. I follow something close to a Getting Things Done (GTD) methodology and the app I use to work the system is Things.

Neither system nor app is perfect for my needs. Things could use a couple of features to work better with GTD. I’ve found hacks that work well enough, but would prefer the functionaluty be built into Things. The bigger conflict is making creative tasks fit within any productivity system.

Productivity systems like GTD and creativity can work together. Separate well-defined and fuzzy tasks to treat them differently. Work around your fuzzy tasks, since they’ll be the limiting factor in how much time you have.

In the end I choose a few less than well-defined projects to work on each day and week. I don’t know how long any will take or what every task in the project will be and I don’t worry about it. I schedule more time than I think I’ll need and use Things and GTD to fill in when I need them to.

One reason I make improving my system a goal each year is because it isn’t perfect and can definitely be improved. I don’t always use GTD as intended or use Things as well as I could. For all I know the struggle to fit creative work into GTD and Things is my issue and not their’s.

What I do know is consciously working to improve the system at various points during the year has helped me get more done.

Of course, there’s one step I haven’t mentioned in all of this and that’s actually doing the tasks and working on the projects. I assumed that was a given. The system helps you decide what to work on, but you still need to do the work.

Do you use a system to keep you productive? If so which one and do you find it difficult to assign creative tasks and projects your system?