You are here:
Home / Blog / Marketing / How Tell A Story Through Design: Stickiness Part VI

If you want your idea to travel from person to person so it can stick in the cultural consciousness you need people to share your idea with others. It won’t be enough for you to try to tell everyone. You need people sharing your idea for you. The way to get people to spread your message is to tell a good story. 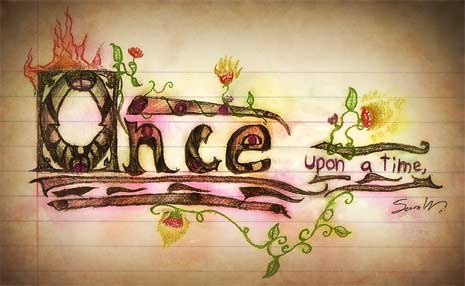 This is the last post in this series on stickiness. It’s also the post that ties everything together as stories encompass everything we’ve been talking about these last few weeks as we’ll see.

One last time here’s a quick review of the 6 Key Variables of Sticky Ideas (SUCCESs) as put forth by the Heath Brothers in their book Made to Stick. 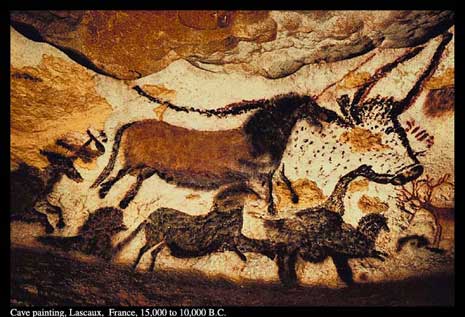 People have been telling stories since as long as there were people and for good reason. Beyond their entertainment value, stories are an excellent way to communicate complex information in a memorable way. Stories are remembered and stories are shared.

Notice that both of the above are about getting people to take action. Action to share your idea with others. Action to buy your products or inquire about your services. Action to subscribe to your blog. Stories get people to convert.

Stories also include most everything we’ve been talking about till now. While stories can be complex they usually can be described by a very simple plot. A good story contains unexpected twists. By their very nature they use concrete details, which makes them credible. And stories are packed with emotion. We care about the characters in them, especially the protagonist.

Stories ultimately place knowledge into a framework that’s often similar to our day-to-day existence and they inspire us in a variety of ways. 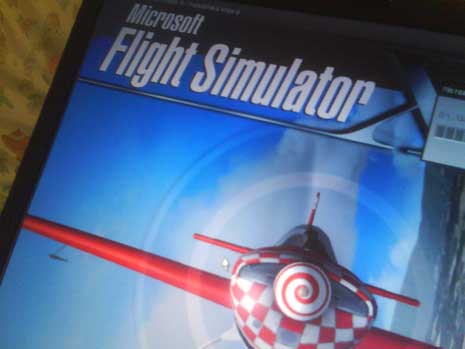 At first thought stories seem to be enjoyed passively. We sit back and watch tv or a movie. You listen when someone tells you a tale. You lay down to read a book or curl up with one in a comfy chair. All the doing seems to reside in story itself and not the audience.

Yet we’ve all been drawn into a book while reading or become engrossed watching a move. We empathize with the situations and identify with the protagonist.

The implication is that we do more than visualize a story when reading. We create a geographic simulation of it. Those who read the object was left behind simulated leaving it behind. The audience had left the object behind as well, which is why it took them longer to read about that object a few sentences later. It was no longer with them the same way it was no longer with the protagonist.

Mental simulation is not as good as actually doing something, but it’s the next best thing. The more something simulates the real world actions that would be taken, the more effective the simulation will be. Think flight simulators and this shouldn’t be too hard to understand. It’s not actually flying the plane, but it’s pretty close. 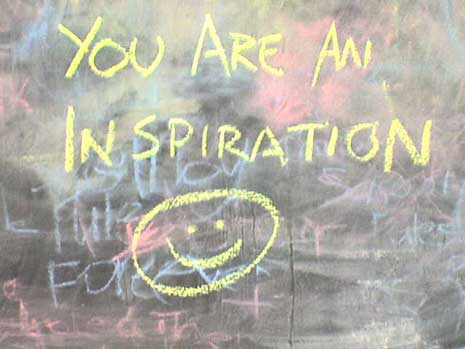 Stories inspire and motivate because in their telling we’ve experienced simulation. We identify with the characters, mainly the protagonist, and having lived the protagonist overcoming an obstacle or solving a problem we feel we can do the same. Stories provide an example of success.

Think Star Wars or pretty much any action story ever told.

Think Romeo and Juliet or most any romance story.

Creativity plots inspire us to do something different, to be creative. They inspire us to experiment with new approaches to a problem. They lead us to innovation and problem solving. The key to the story is making a mental breakthrough.

One important idea with stories is you don’t necessarily need to write them yourself. You could, but what’s most important is to recognize the above elements in stories you come across. Perhaps one of your customers improved their conversion rate (challenge plot) by hiring you to redesign their site. That would make a great challenge story you could share with potential leads.

Perhaps one of your employees has made a breakthrough with some design pattern (creativity plot). The story could be used to inspire your other employees. You don’t have to write the stories if you can recognize an inspiration plot that matches an idea you’re trying to spread. 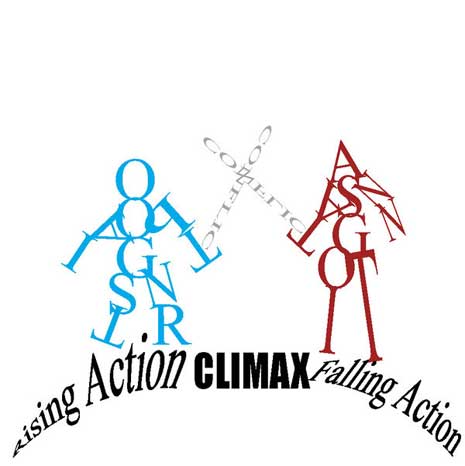 Below are some additional articles that talk about the 3 plot types described above.

And some additional articles on plot development and stories in general. 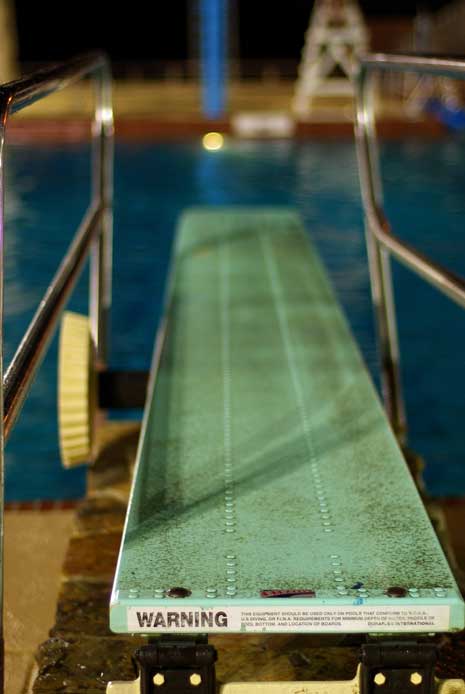 A springboard story is a story that shows how an existing problem might change and how it might be solved. Springboard stories show possibilities.. They have several built in advantages.

By telling stories with visible goals and barriers you focus people on problem solving, which is ultimately what mobilizes people to act. Springboard stories mobilize us because we’ve simulated the problem solving of the protagonist, but even more because they lead us to thinking about possible solutions to our own problems.

They become springboards (hence the name) for those of us who hear the story.

Springboard stories (PDF) work because they aren’t directly spelling things out for people. Being direct invites debate, judgment, and criticism, which leads people to argue against your idea. A story on the other hand engages people and gets them participating along with you to solve the problem. It puts them on your side.

With a springboard story you and your audience work together, you cooperate, you work in harmony. Telling stories with visible goals and obstacles gets your audience thinking of a solution. They put the audience in problem solving mode thinking of ways to help the main character overcome his or her problem while at the same time thinking how they can solve their own problems. 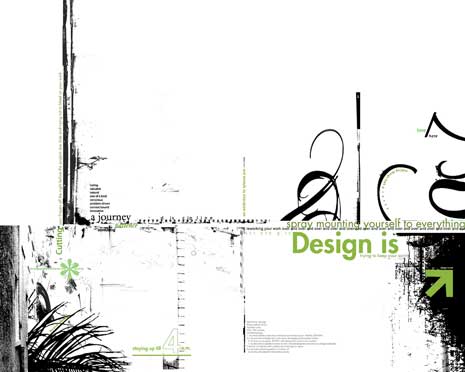 When we think of a story we tend to think narrative form, a sequence of events usually told in a linear fashion. Stories don’t have to be told this way. Flashbacks for example remove the linear constraint. If you think about the people you know you learned the stories of their lives slowly and in random order.

One definition I found for a story is the following

The background information regarding something

Every visual element you place on a page communicates something. The sum of these communications is the story you tell with your site. You create a stronger story when

The more unified your design across every page of your site the stronger the story you tell.

We can still create a sense of narrative though through web design. Visitors will take a path through your site. Each page in that path is an opportunity to move the story further. Some pages might create drama and tension, while others relieve that tension. We can create a mystery along the visitor’s path.

Different people take different paths. You can create personas to determine who typical visitors will be and to better design a path for each persona. It’s impossible to predict in advance the exact path every visitor of your site will take, but you can predict some common patterns in the paths personas might take.

Mostly you’ll create stories by creating unity and harmony between all of your design elements and by consistently communicating the same or similar simple message with everything you do.

Below are some articles on visual storytelling. Each should give you a better sense of how to weave a story into your design. You’ll notice a few have the same title, but each is a different article. 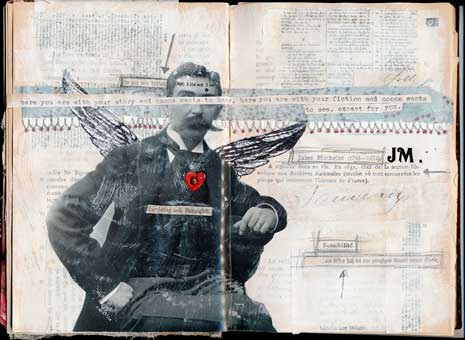 By their very nature stories encompass most of the SUCCESs elements and in doing so defeat the curse of knowledge.

Stories are concrete and filled with detail. We emotionally identify with the characters, especially the protagonist and stories are often filled with unexpected twists. A good story is believable and builds credibility, even when it’s not true. The hardest part in finding or telling a story is making it simple.

Stories work, but they need to reflect your core message. That’s what you’re trying to communicate after all and it does no good to tell a story that gets people to act on a different idea.

Stories work because they provide simulation and inspiration, which lead people to action. Look for an inspirational plot that matches the action you want someone to take based on your idea.

I hope you’ve enjoyed this walk through of Stickiness. If you can learn to incorporate more of the SUCCESs variables into your ideas and communication you stand a much better chance of creating sticky ideas. You’ll find people remember you and your message, that they understand, believe, and care about what you have to say and even better will share your idea with others.

In the end your sticky ideas will get people to act, whether that means spreading word about you or buying your product.

Once again let me recommend Made to Stick, by Chip and Dan Heath. It’s an enjoyable book to read with much more detail about the points I’ve tried to cover in this series. You can read an excerpt from the introduction to the book here. The book is filled with great stories that truly illustrate the points of SUCCESs. It’s one of the best marketing books I’ve ever read and I can’t recommend it enough. 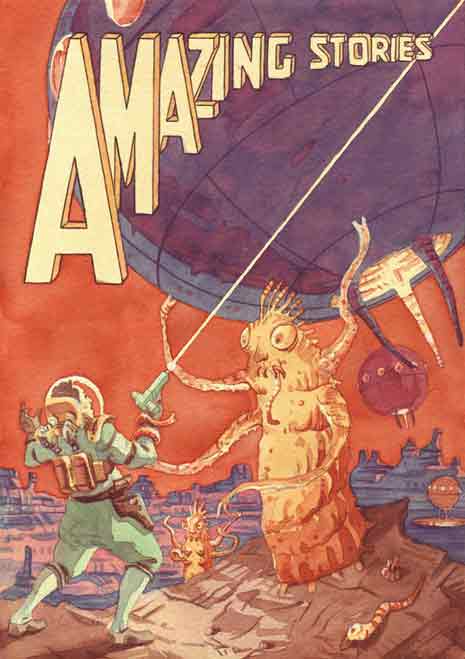